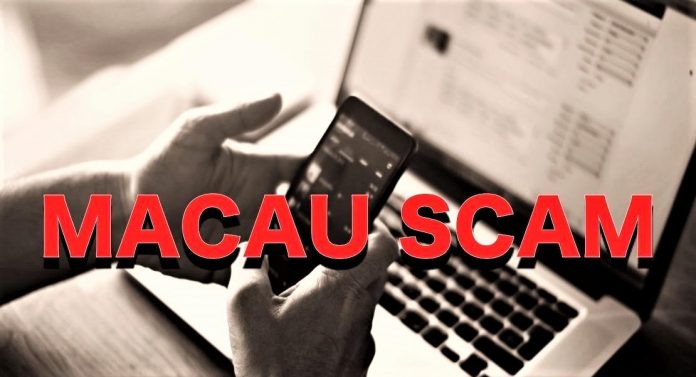 KUCHING: An elderly retiree and a housewife lost money in separate Macau scams.

Padawan district deputy police chief DSP Lim Jaw Shyong said the 60-year-old retiree lost RM39,000 to a ‘Mr Lee’ who called him around 9.15am on August 18. Lee claimed to be an officer at a police court division.

Lim, who issued his statement on August 19, related how Lee got hold of the retiree’s attention by claiming that his children have been arrested for a drug-related offence.

“The target was told that in order to settle the case, he must pay RM30,000 into a Maybank account belonging to a company.

“Later he was also asked to make another payment of RM9,000 to the same account.

“Having done that, he was told to destroy the payment receipts and then wait for his children to be released,” said Lim.

Somehow, the retiree still had the sense to call his children. It was then that he realised that he had become a victim of an elaborate scam. He lodged a police report that.

In the case of the housewife, the 71-year-old woman got a call from a person who claimed to be an officer at Telekom headquarters in Kuala Lumpur.

“That was at 8.45am on August 8. The woman was told to call the Criminal Investigation Department in Kuala Lumpur as she was purportedly involved in illegal online gambling,” said Lim.

She called and, according to the woman, a “Seremban police officer” answered. He talked to her and in the process managed to get her 16-digit ATM card number.

“The scammer then told her to transfer RM66,000 to a CIMB bank account,” said Lim.

After she contacted her children and realised that she had been scammed, the woman lodged a police report.

As the cases were cheating and fraudulently inducing the surrender of properties, they are investigated under Section 420 of the Penal Code.