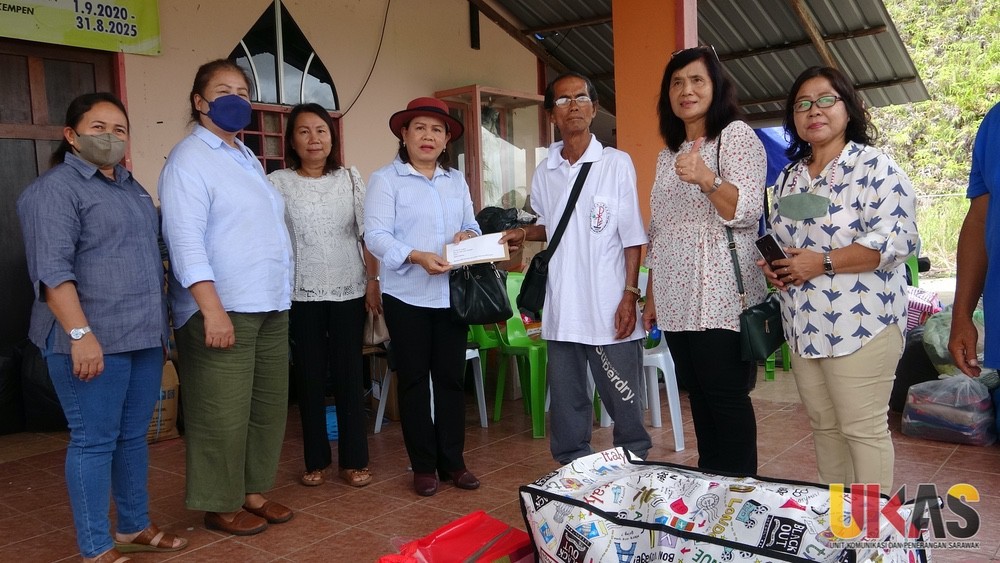 TAMIN: The residents of Rumah Jungan at Mile 36, Sibu-Selangau Road which was destroyed in a fire on Aug 23 have received assistance from Senator Rita Sarimah Patrick Insol.

Rita alongside Parti Rakyat Sarawak Women’s Wing of Tamin branch members handed over a cheque donation amounting to RM10,000  to the victims at the temporary transfer centre at Maria Indai Ukaristia Church, recently.

“I call on the public to continue donating to the residents of Rumah Jungan, especially in terms of financial support.

“Through this monetary assistance, it will help them to rebuild their houses and buy other necessities,” she said in a news report issued by Sarawak Public Communication Unit (UKAS).

Rita expressed her gratitude for the contribution given to the residents of Rumah Jungan by associations, individuals and government agencies in easing the burden of the victims.

For the record, Rumah Jungan which has 33 doors was destroyed in a fire on the morning of August 23.

Currently, all the victims have been temporarily housed at Maria Indai Ukaristia Church, Mile 36 Tamin, Selanggau.