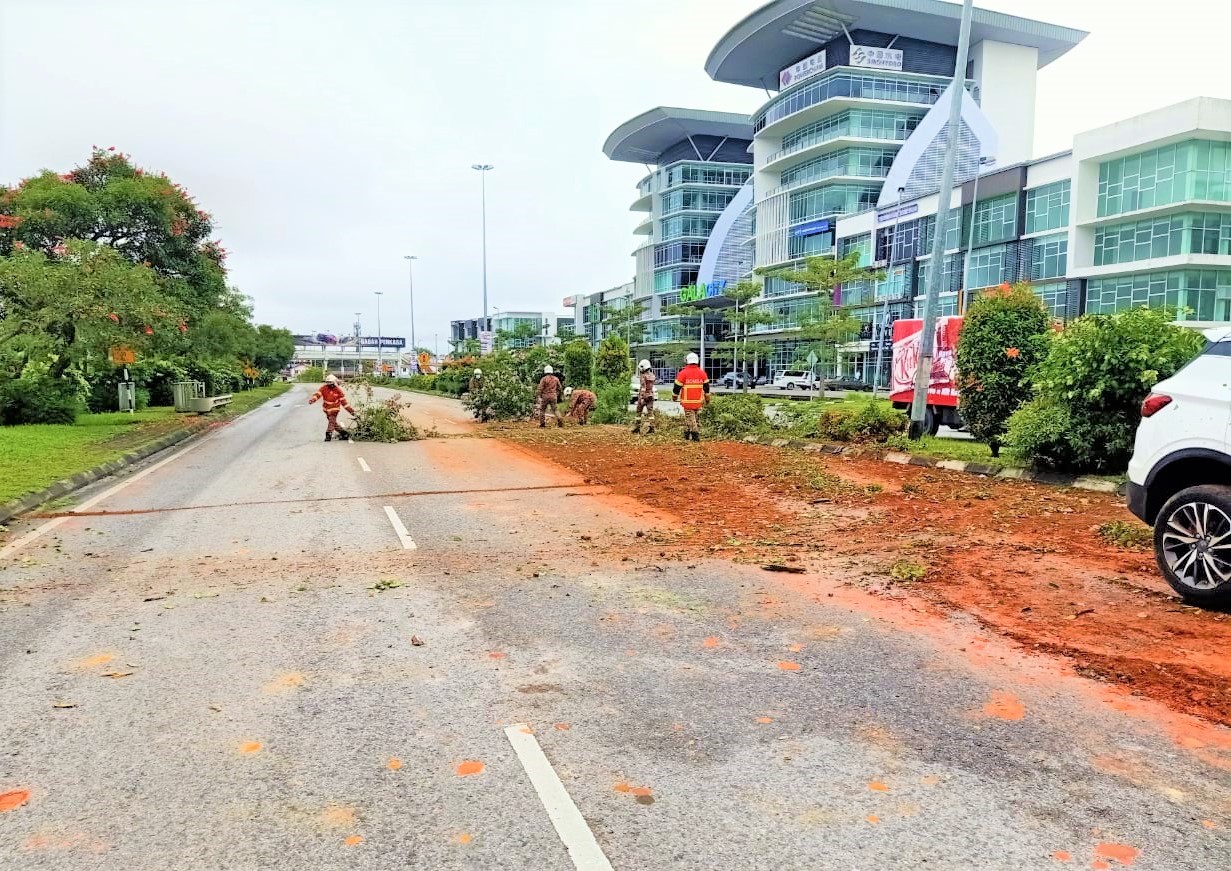 KUCHING: A rider suffered minor injuries after a car from the opposite direction, crashed into a large flower pot along Jalan Tun Jugah last Friday (Aug 20).

In 7.15am incident, a sports utility vehicle (SUV) was believed to have gone out of control and crashed into a large flower pot in the middle of the road divider.

Due to the crash, the spilled soil and broken pieces of the pot were scattered onto the other side of the road, which caused a 22-year-old motorcyclist to fall from his bike.

Sarawak Traffic Police chief Supt Alexson Naga Chabu, who confirmed the case, said the vehicle driven by a 24-year-old woman, was moving straight towards the city centre from Jalan Airport.

“Investigations found that the driver had lost control of her vehicle and it crashed into a large flower pot in the middle of the road divider.

“The spilled soil was scattered on the other side of the road and at that time, a motorcyclist who was passing through, fell and suffered injuries to his elbow and left leg after the scattered soil affected his motorcycle,” he said.

Both the rider and driver appeared at the police station to lodge a police report.

Alexson stated that the driver who was unharmed in the incident, was issued a compound after she committed an offence under Rule 10 LN 166/59.