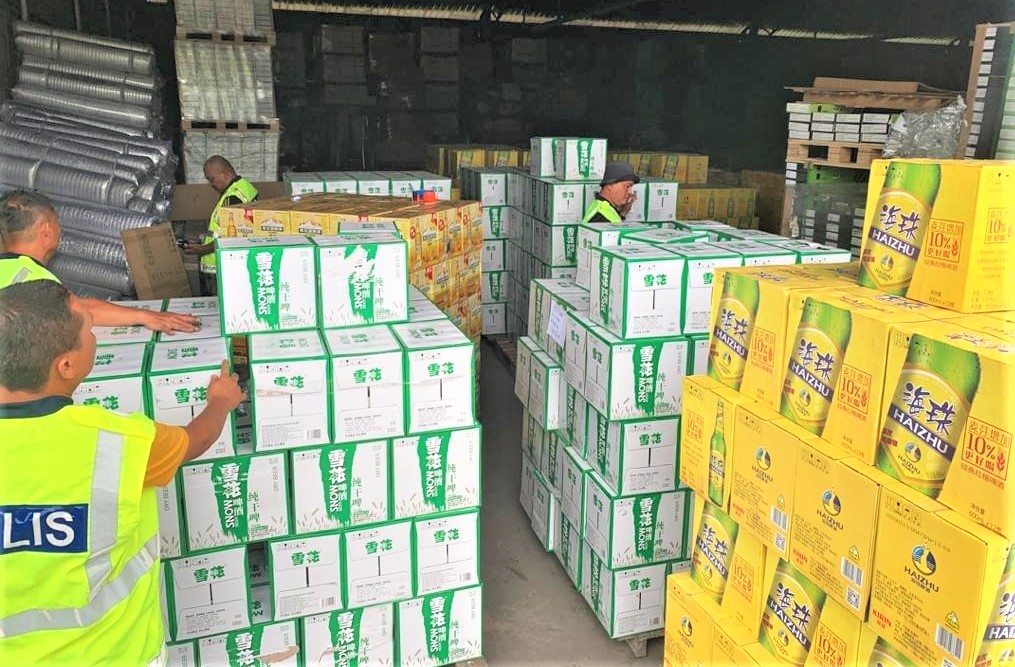 RM259K worth of liquor seized

According to GOF commander Supt Mohammad Hafiz, a GOF enforcement team raided a store in Jalan Fookui, off Jalan Oya Lama at 9.15am.

“The store was suspected to be containing goods that have yet to be approved by the Customs Department,” he said, adding that the woman is believed to be the storekeeper.

Supt Hafiz said the modus operandi of the smugglers was to use the storeroom to keep smuggled items such as beer, cigarettes and fireworks for distribution in the town later.

“Daily necessity items were also kept in the store to avoid smuggled items being detected by the authorities,” he added.

The commander said the seized items and the woman are being investigated under Section 135(1)(d) of the Customs Act 1967.

The offence provides a maximum of three years’ imprisonment or a fine of up to 10 times the value of the seized items, or both. The case has been referred to Sibu police for further action.