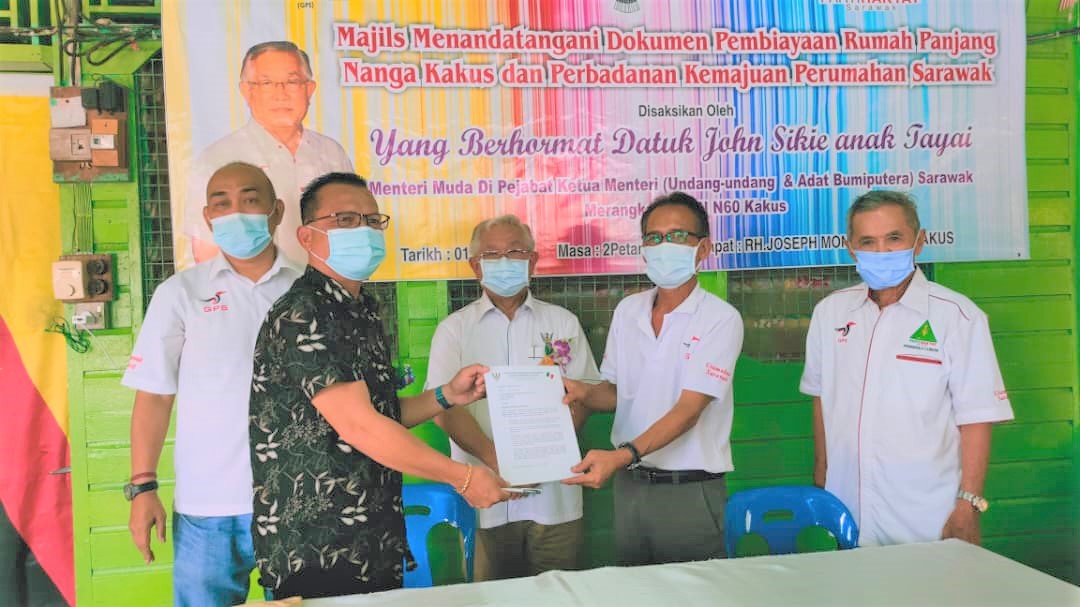 BINTULU: The Sarawak government has set aside allocations worth RM50 million for the longhouse loan scheme.

This is to help build new longhouses or repair their dwelling units in rural areas.

“This reflects the government’s concern for the wellbeing of rural population to ensure smoother construction of their longhouses,” said Assistant Minister in the Chief Minister’s Department (Sarawak Bumiputera Law and Customs), Datuk John Sikie Tayai.

Speaking after witnessing the Rumah Joseph Mong,Nanga Kakus signing of financing document ceremony on Thursday, Sikie disclosed many loan applications were received from Kakus area. He hoped the state and federal governments could increase the allocation amount next year so that more applications could be approved.

The signing of the documents was between concerned longhouses and Sarawak Housing Development Corporation (HDC).

This year, alone, he said, six longhouses from within Kakus constituency have been approved with loans valued at RM3,750,000.

“30 door units of Rumah Joseph Mong benefited from the loan with each door unit receiving loan amounting to RM30,000,” he said.