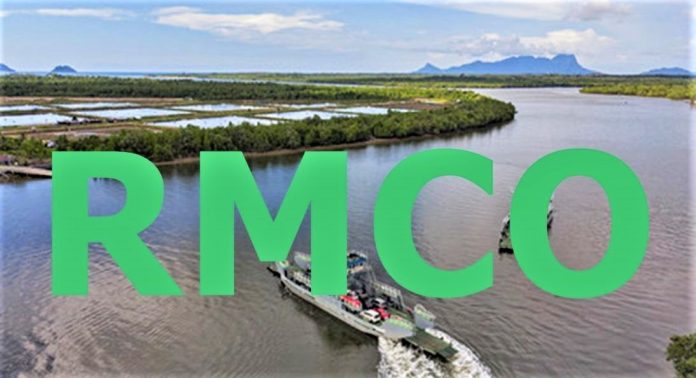 KUCHING: The recovery movement control order (RMCO) comes as a relief for working and business people in Sarawak, as the newly relaxed regulations would enable them to carry out their business activities.

Farser Sijip, 42, and Japar Jahe, 39, said they were grateful to finally be able to continue with their welding business, as the movement control order (MCO) had affected their income badly.

“We lost our income totally during the MCO, and had to depend fully on our savings,” said Fraser.

Fraser said they had received three orders from clients to make house grills prior to the MCO, but could only resume work on them today due to the restrictions imposed since then.

Rattan handicraft entrepreneur Sandra Trinata Kolerensius Sugeng said her business was also badly affected during the MCO which saw no sales, while she still had to pay the salaries of some 30 home-based employees.

She said her company, which specialises in Bornean handicraft products, had stopped receiving and delivering orders since the enforcement of the MCO on March 18, and she had overhead costs of between RM20,000 and RM30,000 to bear.

“No new orders received, confirmed orders could not be delivered and payments are stuck,” she said, adding that prior to the MCO, she received a few orders, mostly rattan chairs from overseas and Peninsular Malaysia, but was unable to deliver them due to the lack of shipment services.

“Some are sold locally while the rest are exported to Peninsular Malaysia, Europe and the United States,” said Sandra, who also runs a handicraft’s shop at the popular Serikin town weekend border market. – Bernama