Road upgrade works to be expedited 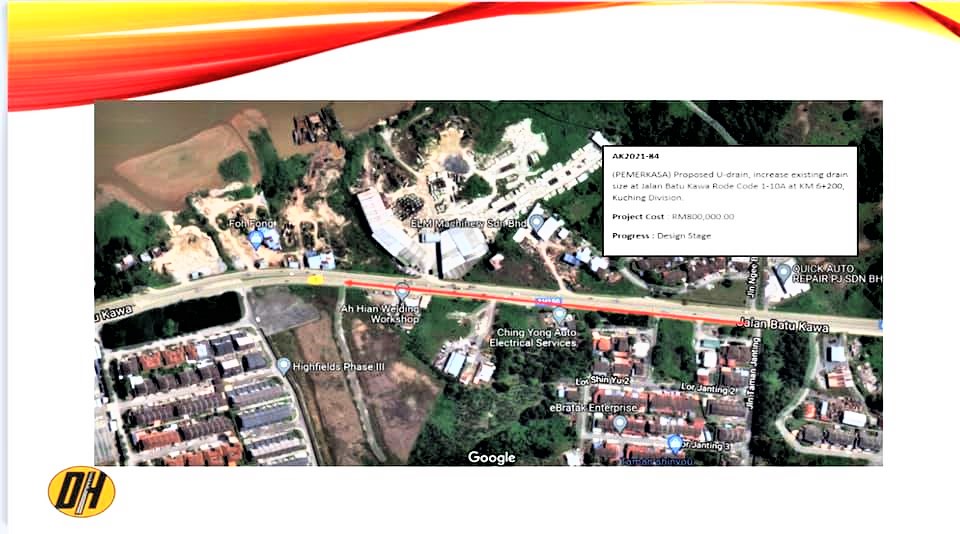 He said now that the Sarawak’s Southern Zone was allowed to transition to the third phase of the National Recovery Plan (NRP), the upgrading works could be sped up.

“Now that Kuching is in the third phase of the NRP, work for the 22 packages of the RM8.5 million upgrade which has yet to be completed should be able to speed up to make it safer for all road users,” he said.

Dr Sim said this in a Facebook post on Friday (Oct 1) after chairing a virtual meeting on the progress of the project with the JKR.

At the same time, he said besides expediting the Batu Kawa road upgrade project, the RM1.4 million upgrading of the Desa Wira traffic light would also be hastened.

“I am also looking forward to the traffic consultant’s and JKR’s recommendation for the Phase 1 upgrade of MJC and Pine Square,” he said.

In March, the Batu Kawa assemblyman said as part of the upgrading project of Jalan Baut Kawa, a 2.4km concrete barrier costing RM1.8 million as well as a 540-metre guard rail along the road costing RM500,000 would be built.

“With the improvements to safety measures at the black spots at Jalan Batu Kawa, we pray that they will help to reduce the number of traffic accidents here significantly,” he said.

Dr Sim also said the Natural Resources and Environment Board (NREB) Sarawak had been asked to conduct a study on other environmental factors that might contribute to the traffic accidents.

“I thank JKR Sarawak for being the implementing agency as well as being involved in the tedious but necessary paperwork for the application of the federal funding.

“I will continue to fight for more federal funding to improve the federal roads, especially Jalan Batu Kawa,” he said.