SIBU: Two roadblocks have been set up within the Sentosa Resettlement Scheme, Phase 2 area, which has been placed under the enhanced movement control order (EMCO), said district police chief ACP Stanley Jonathan Ringgit.

“The two other roads, namely at the intersection of Jalan Bukit Lima-Sentosa and Lorong 7, Jalan Sentosa, will be closed and monitored closely by the military.

“The equipment and tents set-up will start at 5pm later. However, we, together with the Sibu Municipal Council (SMC), Sibu Health Department and other agencies have already surveyed these areas.”

Stanley advised residents to stay at home and not leave their homes during the enforcement period.

“The Ministry of Health (MoH) will be conducting swab tests on all residents and no one is allowed to leave or enter this area, not even government officials.

“Students, who will sit for their public examinations, are to contact their respective schools so that an agreement is made with the District Education Office,” he said, adding that the MoH would provide a mobile clinic behind SK Sentosa.

He added that for residents who have welfare problems or other emergency problems, they are required to notify the personnel on duty at the roadblocks.

Those living in Lorong 7, Jalan Sentosa, that has about six houses not under the Emco area, will be issued a special pass by Lanang police officers and SMC councilor Nazatusyima Bujang.

On Thursday, the Sibu Division Disaster Management Committee announced that Emco would be enforced within the Sentosa Phase II Resettlement Scheme from 12.01am on Feb 27 to 11.59pm on Mar 12. 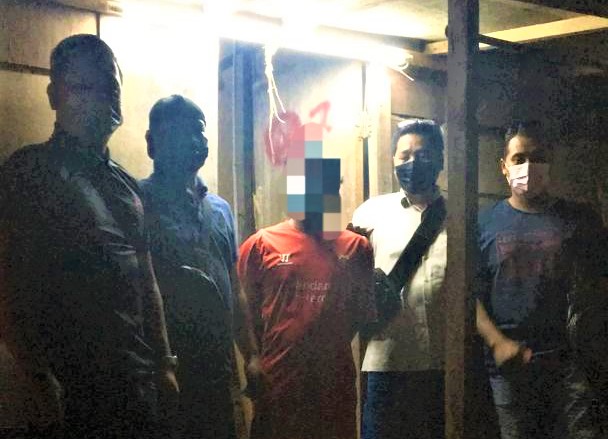