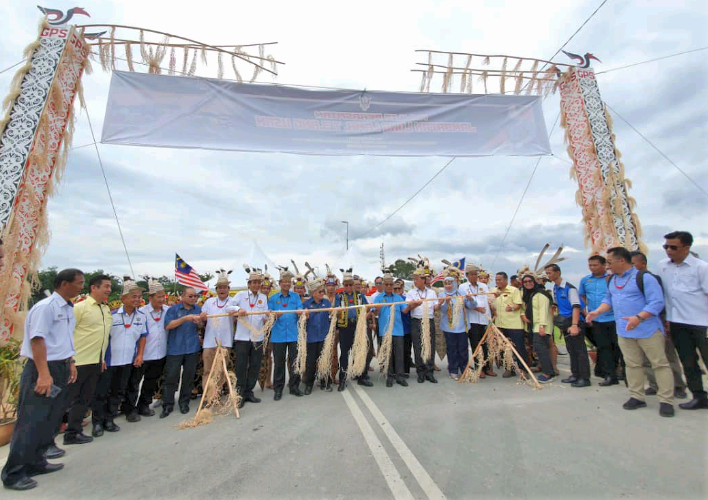 Keeping Sarawak connected is no mean feat because the state has a total area of 124,451 sq km and a population of 2.81 million.

Peninsular Malaysia, on the other hand, is 132,265 sq km in size, but is home to 25.79 million people. Both the national capital, Kuala Lumpur and administration capital, Putrajaya, are located there and developments are rife there.

This is however, not the case with Sarawak. Although it has been part of Malaysia for some 56 years, many remote areas in the state are still undeveloped.  Much is this is attributed to the lack of connectivity to remote places in the state and Sarawak’s difficult geographical terrain.

The onus to develop Sarawak is on the federal government which is very much in charge of infrastructure development, particularly in terms of road building. But the pace of rural development in the state leaves much to be desired.

Picking up where his predecessor, the late Pehin Sri Adenan Satem, left off, Abang Johari made ensure that the ongoing Pan-Borneo Highway project in Sarawak would proceed as smoothly as possible.

Four years after Adenan launched the Telok Melano package, the first phase of the Pan-Borneo Highway project, Abang Johari officiated at the launch of the road link while paying tribute to his predecessor.

“I think that roads like this are important for us to open up the state so that we can add value to our resources. In the end, it is the Sarawakians themselves who will reap the benefits,” he said at the launch   in January 2019.