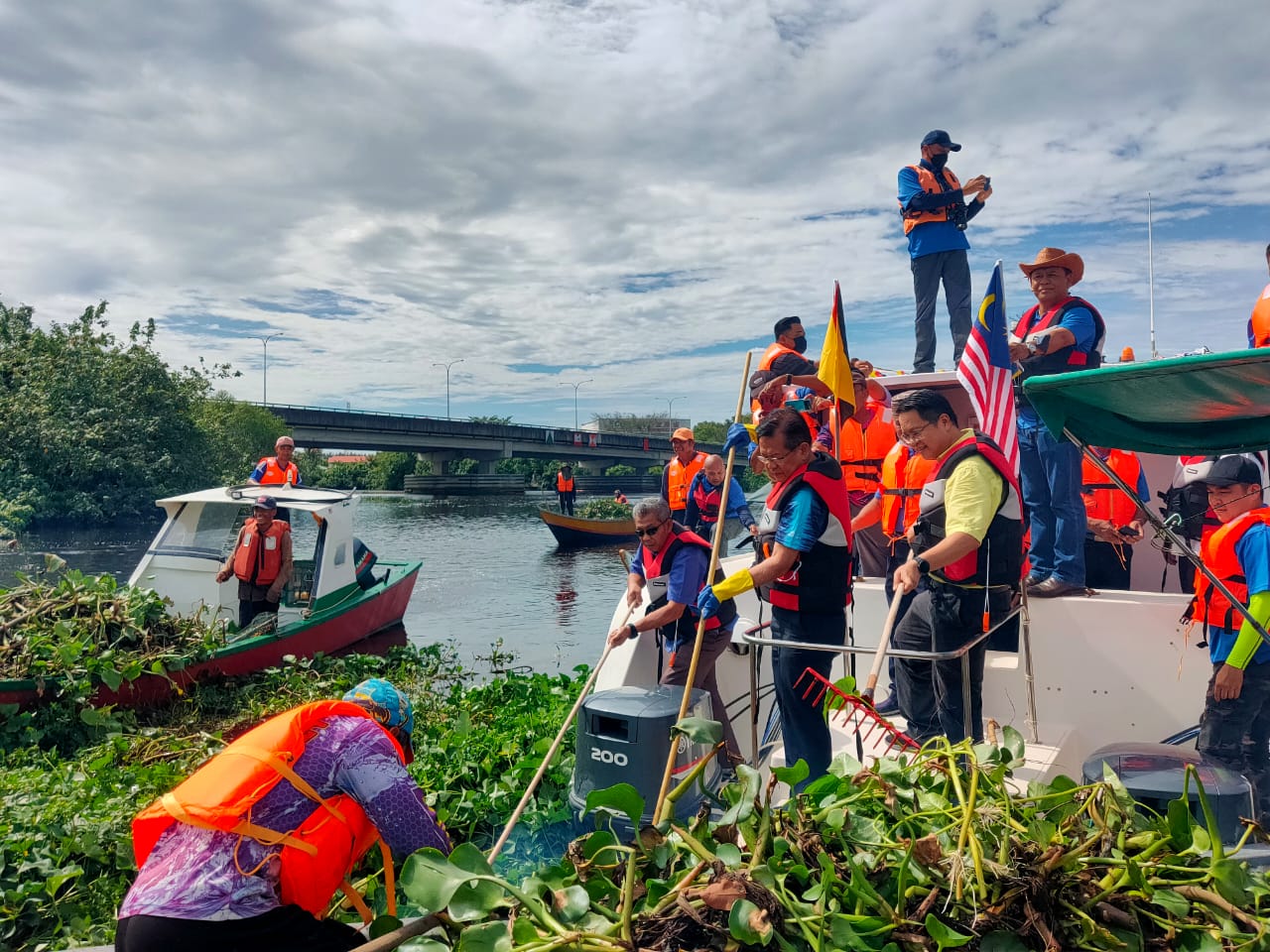 MIRI: Approximately 20.1 tonnes of trash were hauled up by rubbish traps installed along the Miri River from 2020 up to September this year.

These rubbish traps are installed in various strategic locations along the Miri River by Miri City Council (MCC) since 2020 to prevent garbage flowing into the sea and to protect the marine life.

According to Minister of Transport Datuk Seri Lee Kim Shin, year-by-year statistic on garbage collection on Miri River from 2019 to 2021 has been improved.

“The Miri River quality index in 2019 and 2021 was at 56 while going down to 46 in 2021,” he told this to a group of local media on Saturday after officiating at the ‘World Rivers Day’ celebration at Kampung Pengkalan Lutong multipurpose hall today.

This year’s celebration themed is Waterways in Our Community’.

Lee added, various initiatives had been carried out to ensure and protect Miri River from pollution.

He pointed out that Sarawak government will always be committed in ensuring and providing a safe and comfortable river transport system for all citizens using it.

During the programme, various activities were organised by the Ministry of Transport Sarawak (MOT) and MCC’s Sustainable Development Goals (SDGs) committee with villagers of Kampung Pengkalan Lutong, aimed to inculcate public’s attitude towards water environment.

One of the activities were colouring contest for the village’s kindergarten children and collecting garbage along the river.