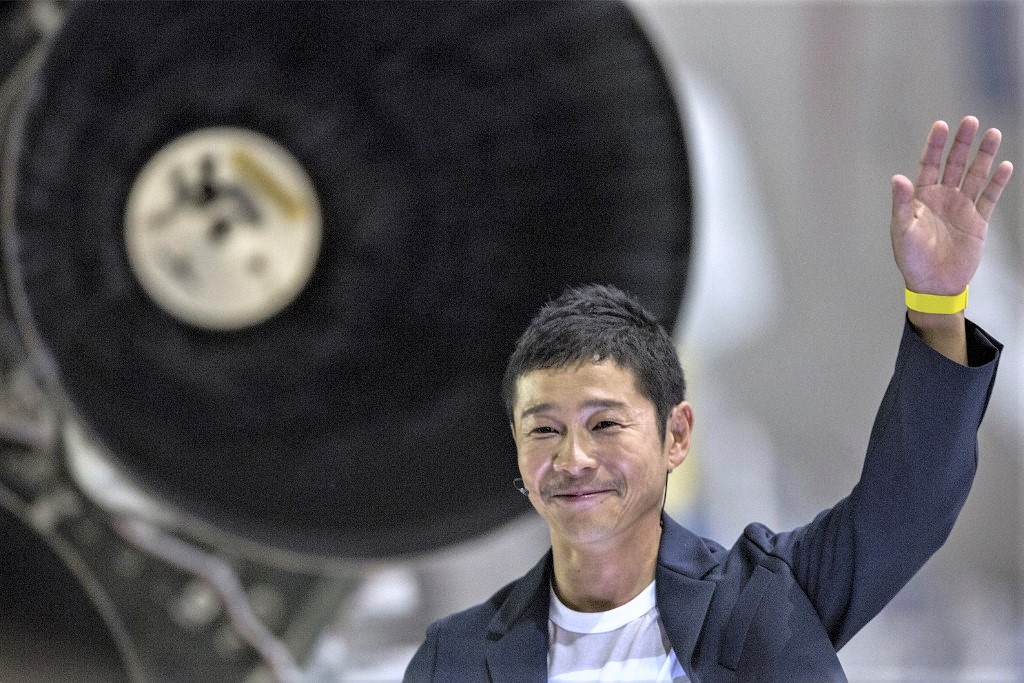 MOSCOW: Russia said Thursday it would send an actress and a director into space to make the first feature film in the cosmos and also deliver an eccentric Japanese billionaire to the International Space Station.

Moscow is seeking to boost its embattled space programme, which has stagnated since the collapse of the Soviet Union and been overtaken by US tech billionaire Elon Musk’s company SpaceX.

The Russian space agency announced the film project after Nasa confirmed last year it was teaming up with US action star Tom Cruise to make a movie on the ISS.

They will have to undergo training, including tests on a centrifuge, parachute jumps and flights in zero gravity, starting no later than June 1.

A mock-up of the Russian segment of the ISS will be used to prepare the film crew for their space adventure.

The launch from the Baikonur cosmodrome in Kazakhstan aboard a Soyuz MS-19 spacecraft has been set for October 5.

The film is being co-produced by the flamboyant head of Roscosmos, Dmitry Rogozin, and state-run network Channel One.

Konstantin Ernst, Channel One general director, said the film was part of a major project — that will also include the production of documentary films — to help Russians to rediscover “love and passion” for the human spaceflight programme.

“If people love a certain industry, then this energy is being channelled into this process,” Ernst said in televised remarks.

The space agency also announced plans to take Japanese billionaire Yusaku Maezawa to the ISS in December, resurrecting its space tourism programme in the face of US competition.

Maezawa, 45, who made his fortune in online retail, said he planned to document the mission and share it with the world on his YouTube channel with over 700,000 subscribers.

Roscosmos said Maezawa would make the flight with production assistant Yozo Hirano aboard a Soyuz MS-20 spacecraft that is scheduled for December 8.

“I’m so curious ‘What’s life like in space?’ So, I am planning to find out on my own and share with the world on my YouTube channel,” Maezawa was quoted as saying by Roscosmos.

The eccentric billionaire has previously announced plans to take eight people with him on a 2023 mission around the moon aboard a Starship spacecraft built by Musk’s SpaceX.

Maezawa and film producer Hirano will begin approximately three months of pre-flight training in June at the Yuri Gagarin Cosmonaut Training Centre in Star City outside of Moscow.

They have already passed the required medical examinations.

Roscosmos said the flight will last 12 days and the crew will be led by Cosmonaut Alexander Misurkin, who has already been on two missions to the ISS.

A total of eight private self-funded space travellers have visited the ISS and Maezawa will be the first from Japan.

His flight will also be the first time that two of the three spots on a Soyuz rocket will be occupied by tourists.

“We are excited for Maezawa-san and we are honoured to have enabled this opportunity for him to fly to space,” said Eric Anderson, CEO of Space Adventures, a private spaceflight company.

It has cooperated with Roscosmos since the first space tourist flight in 2001.

Maezawa will be the first space tourist to travel to the ISS since 2009 when Canadian Guy Laliberte, co-founder of Cirque du Soleil, travelled to the station.

According to Forbes magazine, space tourists could pay anywhere between $20 million and $35 million per person for 8-12 days in space. The cost of Maezawa’s flight has not been disclosed.

The resumption of tourist flights comes after Roscosmos lost its monopoly on ferrying crews to the ISS when a reusable SpaceX rocket last year successfully delivered Nasa astronauts to space.

Russia’s space industry has suffered a number of setbacks in recent years, from corruption scandals to lost spacecraft to an aborted take-off during a manned mission in 2018. Russia’s ageing Soyuz rockets are reliable and allow Moscow to remain relevant in the modern space industry, but the country is struggling to innovate and keep up with other key players. – AFP