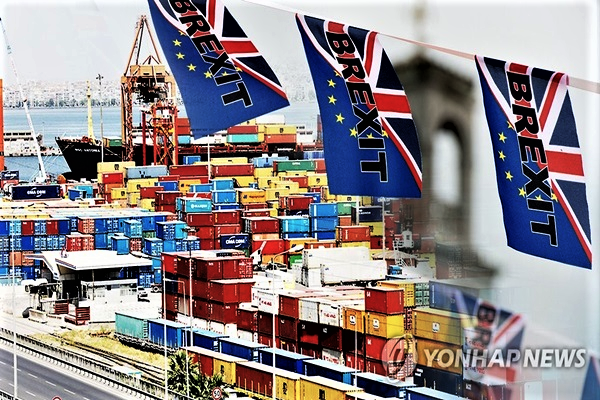 SEOUL: South Korea and Britain reached an agreement Monday to maintain their current free trade agreement even after the “no deal” Brexit, with Seoul becoming a major non-EU member economy to seal such a deal as it braces for the fallout from the divorce, reported Yonhap news agency.

The move came amid concerns that South Korean companies may no longer enjoy the benefits under the South-EU FTA if Britain leaves the world’s single largest economic bloc without agreeing on post-Brexit conditions.

Britain has set Oct 31 as the new Brexit deadline to allow the country to find the best possible solution, which means the new agreement must be ratified by the date to be immediately implemented in November, Seoul’s trade ministry said.

The agreement came at a meeting between Trade Minister Yoo Myung-hee and her British counterpart Liam Fox in Seoul.

“The deal is significant as it eased uncertainties sparked by Brexit, amid the already challenging environment for exports on the escalating trade row between Washington and Beijing,” Yoo said.

“We will make our best efforts to help South Korean businesses maintain their operations with Britain without troubles,” Yoo added.

South Korea’s exports to Britain reached $6.36 billion in 2018. The Asian country’s economy mostly exports automobiles and ships to Britain, while it imports crude oil and cars.

The agreement focused on maintaining the level of terms that roughly fall in line with the existing Seoul-Brussels FTA that was signed in 2010 and provisionally took effect in 2011.

Seoul will also seek to update the latest FTA further two years after the deal takes effect, the ministry said.

The two countries also vowed to expand cooperation in emerging industrial segments, including energy and artificial-intelligence technology, according to the ministry. – Bernama