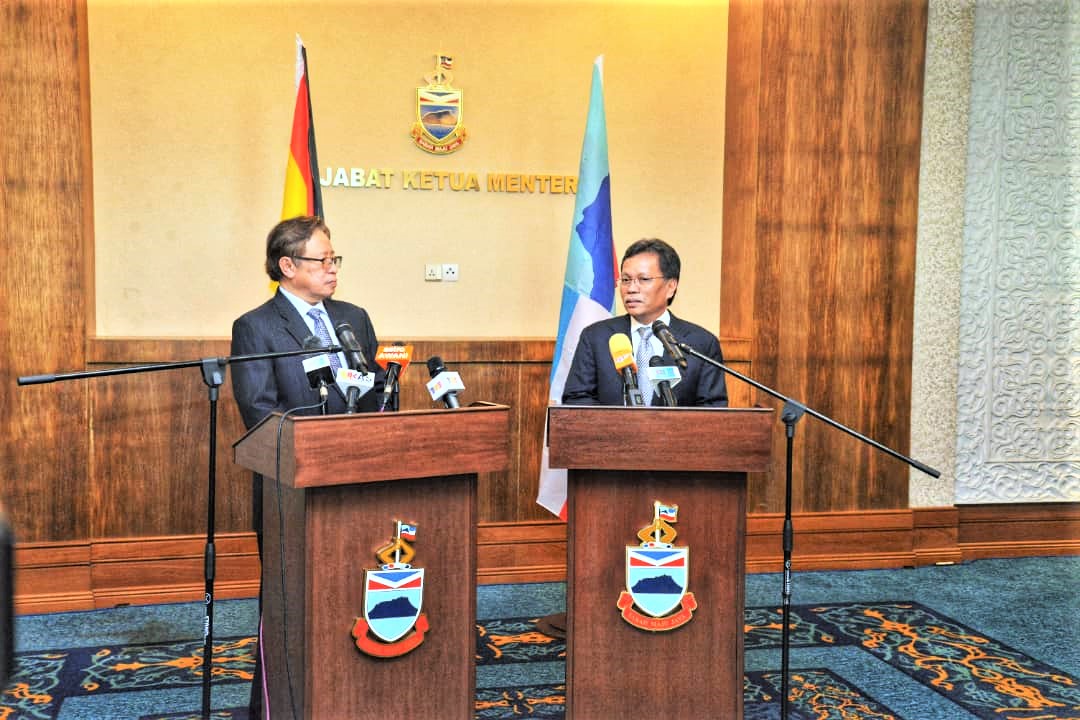 KOTA KINABALU: The Sabah and Sarawak state governments have agreed to strengthen cooperation in terms of economic and social development for the benefit of the people in both states.

This is in line with the focus on improving the infrastructure and basic amenities of the two remaining states considered to be lagging behind.

Sabah Chief Minister Datuk Seri Mohd Shafie Apdal said Sabah and Sarawak not only had large areas but also had high yields that would not only benefit the people of both states but also to help realise the development of the country.

“We need to look at the role we can play in helping the country although both states are far behind in terms of infrastructure,” he told a news conference after receiving a courtesy visit by the Sarawak state government led by Sarawak Chief Minister Datuk Patinggi Abang Johari Tun Openg here, yesterday.

Mohd Shafie (right) and Abang Johari at a press conference after a closed-door meeting at the Sabah State Administrative Centre yesterday.

On the visit, Mohd Shafie said the matter discussed at the meeting yesterday also touched on tourism as well as oil and gas.

Meanwhile, Abang Johari at a joint press conference said the size of the two states would require a lot of infrastructure development.

He said Sabah and Sarawak had many similarities and strengths.

“This will certainly strengthen Sabah and Sarawak in terms of economic and social development for the two states.

“This will also contribute to the development of Malaysia as a peaceful and prosperous country,” said Abang Johari. – Bernama