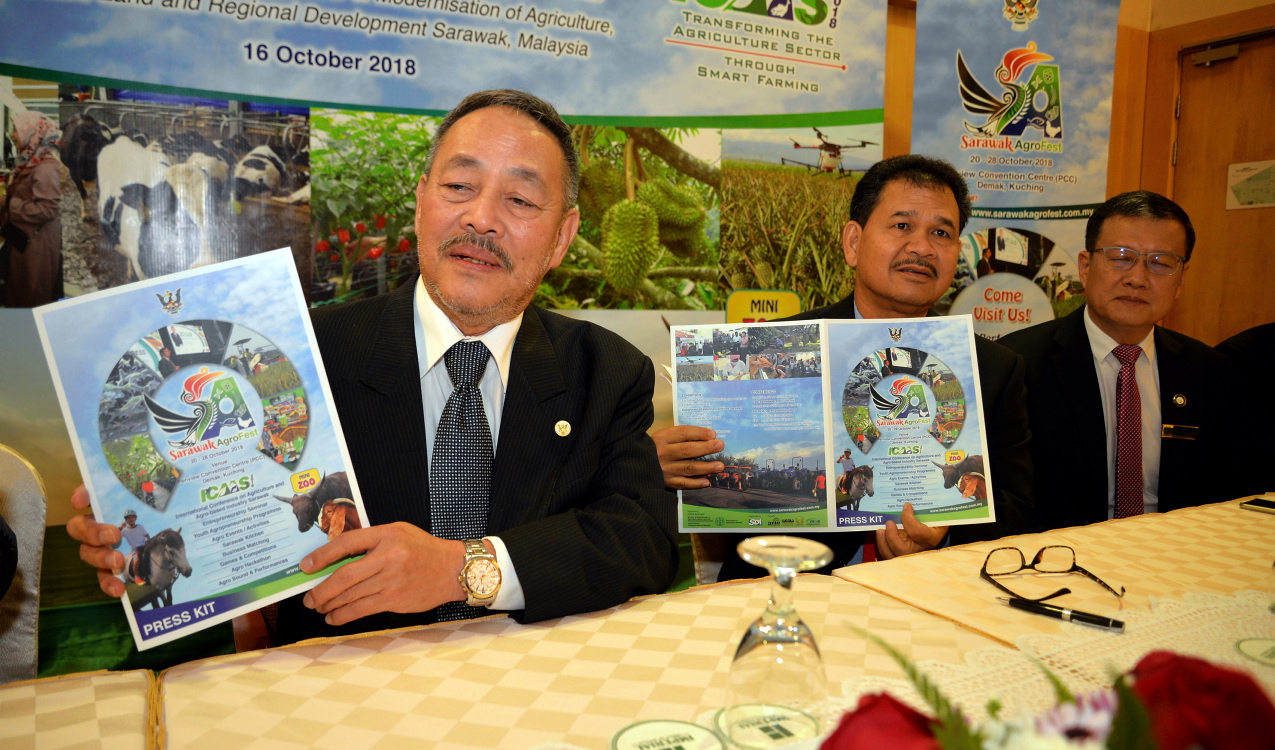 KUCHING: The inaugural Sarawak AgroFest 2018 and International Conference on Agriculture and Agro-based Industry Sarawak (ICAAS) 2018 will be held at Penview Convention Centre (PCC) in Demak, Kuching from 20 to 28 October.
It is a premier agricultural festival that combines exhibition and sales, conferences and seminars, business matching, food sales, mini zoo, games and performances.
Formerly known as Hari Peladang, Penternak dan Nelayan (HPPN), the festival aims to actively promote agriculture and agro-based industry in the State.

Meanwhile, the key component of the nine-day festival is the second edition of the International Conference on Agriculture and Agro-based Industry Sarawak (ICAAS) to be held on 23-24 Oct at PCC, Demak Kuching.

“The main objectives of ICAAS 2018 is to provide a platform to showcase how digital technology can transform the State agriculture sector as well as to share best practices and successful business models in public and private sector partnership, farmers’ organisation and agro entrepreneurs in commercialising the agriculture sector.

“Sarawak AgroFest 2018 will also be exhibiting the diversity of the State’s agriculture produce and agro-based products.

“It will also be fun-filled to include a mini zoo, hackathon, agro competitions and performances, chattering for the young and old, students and practitioners in the industry,” said Datuk Roland Sagah Wee Inn (Assistant Minister for Native Land Development), representing Datuk Amar Douglas Uggah Embas (Deputy Chief Minister and Minister for Modernisation of Agriculture, Native Land and Regional Development) during a press conference at Imperial Hotel here yesterday.

Agriculture is one of the key sectors in the tranformation of State economy, contributing 13.3% to the State’s GDP, worth RM15 billion in 2017.

The theme of ICAAS 2018 is ‘Tranforming the Agriculture Sector through Smart Farming’.

Sagah also disclosed that about 30 speakers throughout Malaysia as well as Australia, Thailand and Indonesia were expected to share on success stories and knowledge on precision farming, investment incentives for commercialisation, best practices and models for public-private sectors partnership and business models of farmers’ organisation.