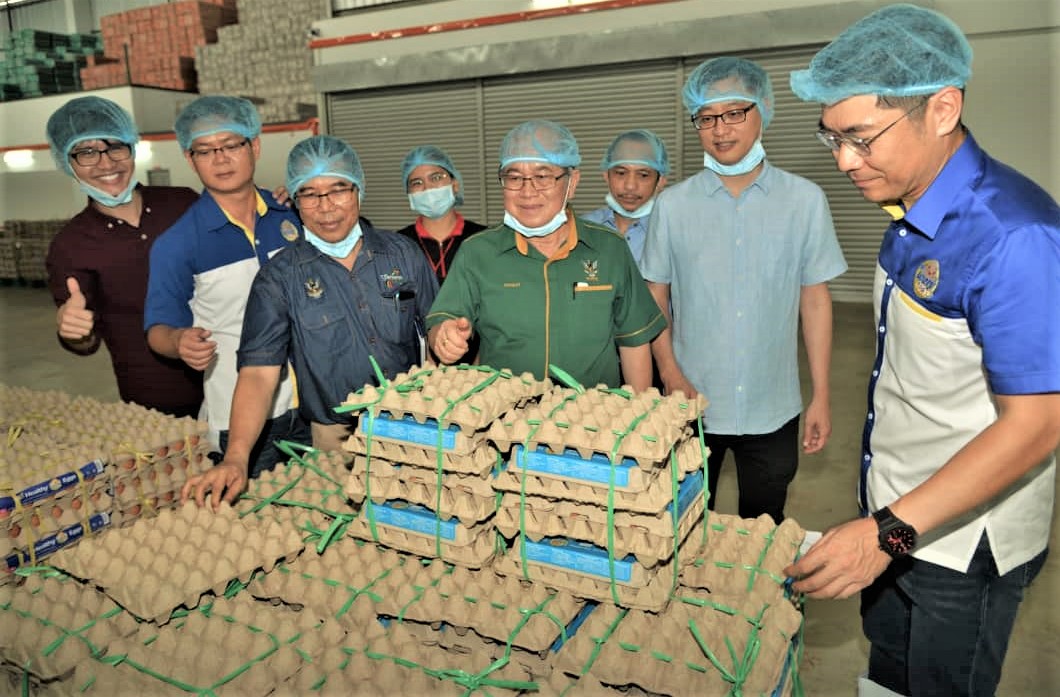 “We are actually awaiting its final approval. Our industry players are using modern high technology production systems to enhance productivity and efficiency.

“We are free of Avian flu, thus there is great demand for our eggs overseas. These are our competitive advantages against competitors in the region,” he said after a visit to Lian Hua Seng Livestock Sdn Bhd here yesterday.

The company which utilises state-of-the-art grading technology to ensure the eggs produced are accurately graded and disinfected (UV sterilisation treatment), is one of the top egg suppliers in the state.

For the Singapore market, the company plans to export its premium selenium enriched eggs.

“We have 45 layer farms statewide since last year with a combined layer population of 3.3 million, producing 850 million eggs.

Uggah, who is also the Minister for Modernisation of Agriculture, Native Land and Regional Development, added the state had still vast potentials to go further.

“We had seen over the last five years the increasing trend in exports among local players.

“So I hope the industry will grow and adopt modern technology to enhance our production and competitiveness,” he said.