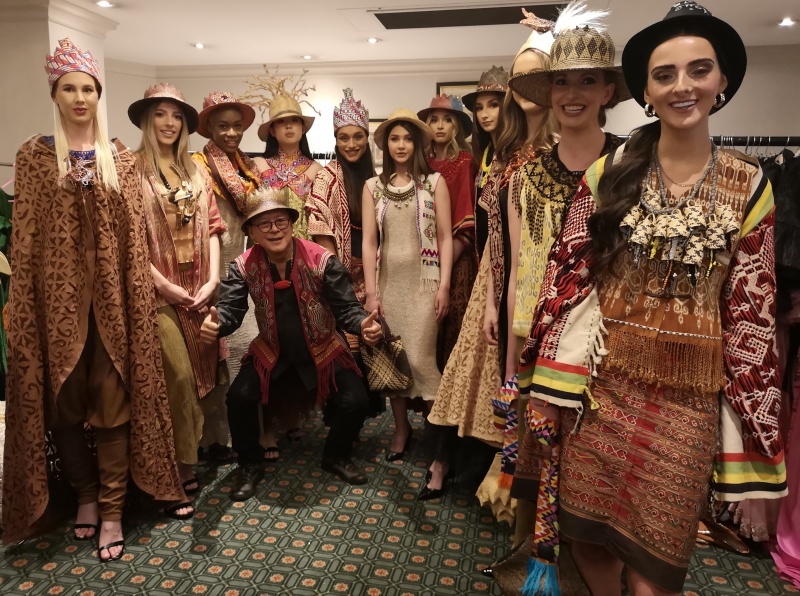 Sarawak culture takes to the catwalk

Borneo ethnic-inspired fashion has made its way to London, and the designer who showcased it in such a prestigious venue is a Sarawakian from Kuching — Edric Ong.

He is also the architect of the Sarawak Cultural Village, a co-founder of the Rainforest World Music Festival, and a curator of numerous arts and crafts exhibitions.

Much has been written about Ong, but few realise he is the first local boy to introduce fashion that combines heritage and cultural wear with what is current.

In Ong’s first ethnic inspiration show in Kuching in the late 1980s, I happened to be the young lady back from London who assisted the chief choreographer from the Philippines.
It was fascinating to see how Ong transformed Iban textiles and local crafts into wearable fashion.

It was stunning to watch, but some may have scoffed at his ideas of blending traditional and modern.

Sarawak tribal textiles were only used as heritage crafts for displays and ceremonial purposes back then.

Despite setbacks, Ong continues to pursue his passion, experimenting and researching with both local and international artisans, particularly on the use of natural fibres and dyes, introducing new colours and designs to eco-friendly textiles and fashion.

He is a knowledgeable speaker who is also sought after for international forums. Ong stands out from the crowd while wearing his signature Iban topi tunjang hat and woven textiles such as the Iban pua kumbu.

As he travels throughout Malaysia and beyond, his words and works speak about our pristine rainforest with its abundant natural fibres, as well as the colourful and diverse culture of our people.

Lai walks down the runway

Fashion with an ethnic flair.

When Ong first used terms like eco-friendly, sustainable, and organic in his forum, they were barely noticeable.

Nowadays, everyone uses them in branding and copywriting. Wearing ethnic-inspired clothing is now fashionable!

Ong’s designs have appeared in Aspara Fashion Week, the New York International Digital Show, and shows in Berlin and other Asian cities.

Ong was delighted to present his 14-piece collection of woven textiles worn in contemporary styles and accessorised with rattan hats and baskets, his signature topi tunjang, and other ethnic crafts by supportive local artisans.

A simple knitted dress with a jacket, ethnic motifs, and tribal-inspired jewellery.

A necklace with a Bornean design.

Ong has collaborated with local artisans such as the women weavers of Rumah Garie longhouse, Sungai Kain in Ulu Kapit, as well as Juliana Embrose and Abot Gudang for their awesome accessories.

After a significant period without live shows due to the pandemic, interest in fashion has increased, resulting in a larger audience. They applauded for EO!

It’s also wonderful that Ong chose Paris Lai as his muse for the show.

The 18-year-old Sarawakian from Kuching, who is now a fashion student in London, also made her LFW debut. 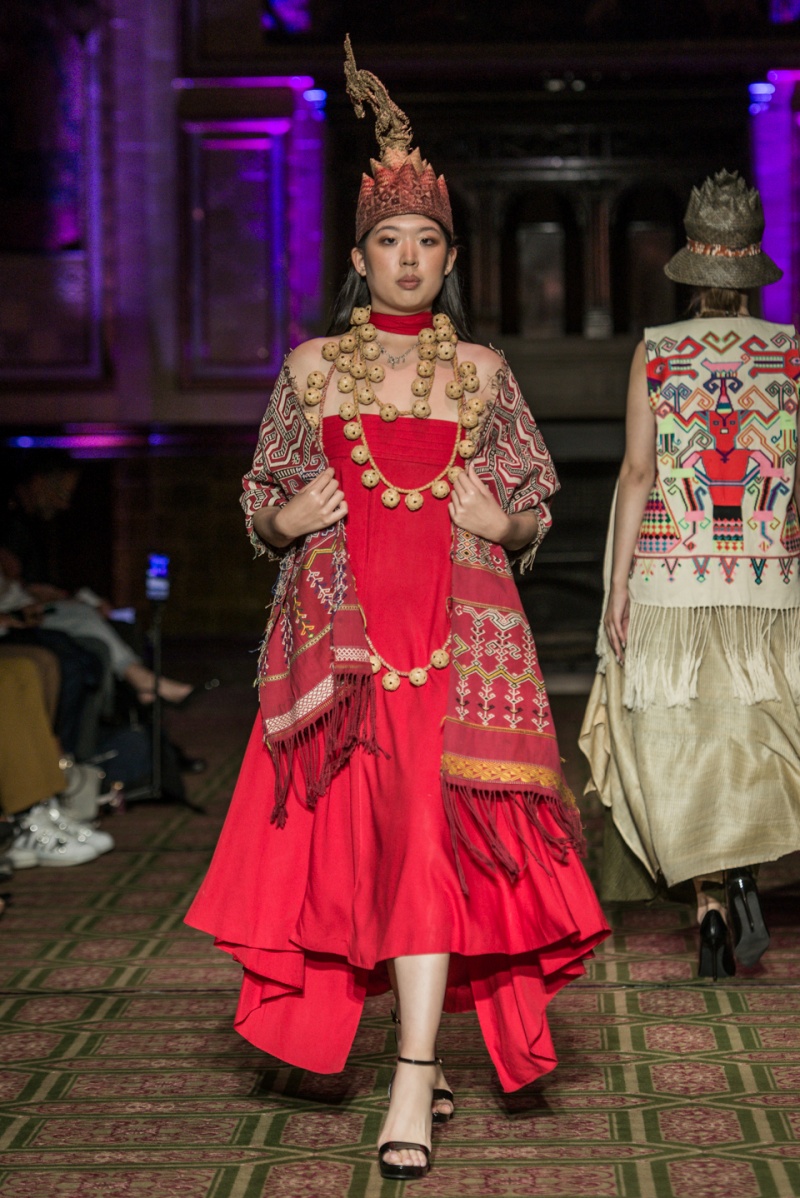 Lai walks the runway in a bright red dress.

When asked how she felt about it, Lai said, “Honestly, very nerve racking. It was a completely new experience for me because I’d never worked with any international designers in London before. Everyone was super friendly, and I am honoured to be able to showcase their garments on the runway.”

She added that she has done multiple shows for Ong previously in Malaysia.

Lai said the most recent work she did with Ong before LFW was for the EO IkaTweed collection for International Digital Fashion Week New York 2022.

She said, “Working with Ong has always been a pleasure because he is super welcoming and easy to get along with. Edric Ong is very supportive and always makes me feel at ease.”

Those interested in seeing EO’s next show, check out the MadHatters High Tea show, which will be held in Kuching on October 29, 2022.

Guests are encouraged to wear their multi-ethnic hats! 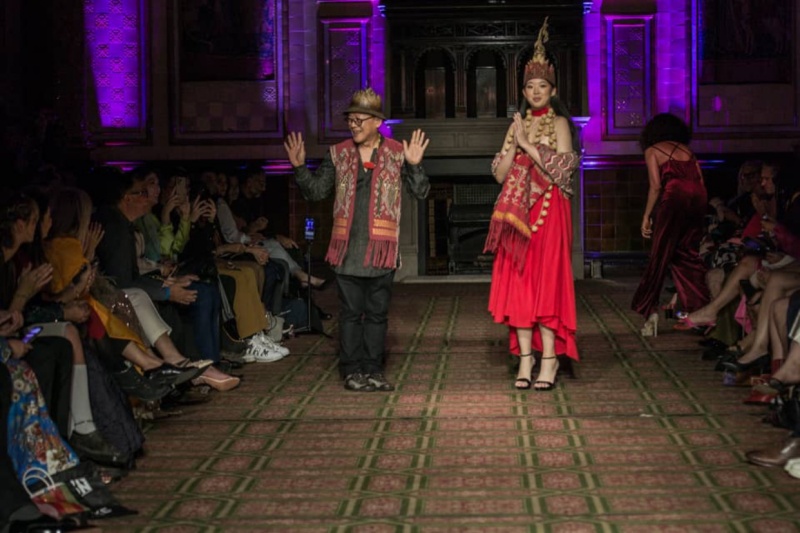 Ong with Lai during the finale.