Federal Minister for Finance Lim Guan Eng last Friday at a gathering in Kuching themed “Sarawak Here We Come” made a ‘Trump-like’ comment that Sarawak will be bankrupt in three years’ time.

This type of seemingly juvenile statements by our Malayan brothers are becoming more common.

I will not go into the mathematics of the calculations. It suffices to say that his figures like many of his statements do not add up.

His rather over simplistic calculation or miscalculation (by an accountant?), has attracted rather a lot of flake.

However, can we afford to brush his statement aside as over simplistic and juvenile?

I, for one, think it is just one part of an overall ongoing effort to denigrate and look down on the Sarawak government.

This attempt to create fear among Sarawakians and attempts to mislead them show the lengths to which the Malayan-based Pakatan Harapan (PH) will go to grab power in Sarawak.

Taking this into account, the comment made by the finance minister is uncalled for and utterly lacks professionalism.

It is very timely that University Malaya’s Dr Fatimah Kari, an expert in economics has highlighted that there is a difference between the terms budget deficit and bankruptcy. She stated that “it was not ‘economically correct’ to say a state would go bankrupt”.

If the finance minister of a nation does not know the difference between the two simple and basic terms in economics, then indeed that nation would be in the proverbial deep ‘waste’.

However, the fact that he is willing to go so low and risk people questioning his financial knowledge and skills and face public ridicule shows the desperation of these characters to control Sarawak.

It is evident from reports that the Sarawak government has been successful in attracting a decent amount of foreign investments. There are even more potential investors in the pipeline.

Therefore, knowing this, I fear such statements are being made to deliberately to discourage investments in Sarawak.

Their strategy also might be seen to be to scare away potential international investors.

It could even make local investors think twice about investing or expanding businesses here. This has the potential to cause great hardship to ordinary Sarawakians in terms of getting jobs to earn a living.

Such rumormongering type statements could be interpreted to be akin to ‘economic sabotage’ as it could cause serious disruption and undermine economic activity in Sarawak.

The attempts to destabilise Sarawak’s economy via such vicious remarks show a callous and uncaring attitude to Sarawakians.

Sarawak, through years of neglect by the federal government, already has the largest number of people living below the poverty line.

Not satisfied with plundering our oil and gas resources, the finance minister’s heartless statement can trigger further job losses in an already slow economy.

In addition to this, the ‘only Malaya know what is best for you’ attitude comes across very strongly.

Just look at the theme of the gathering ‘Sarawak Here We Come’. Sounds like these people are some sort of foreign invasion force with an armada ready to storm our beaches.

Why do they feel they have to invade Sarawak, if not to further take all the other resources?

In fact, it is very clear to many netizens that without Sarawak and Sabah, it is Malaya that would most likely be in serious financial difficulties.

It is also indeed contradictory that on the one hand, PH is saying we have not developed Sarawak (while not acknowledging that they control the majority of the revenue) and yet when the Sarawak government comes up with a development budget, they say we will go bankrupt.

From these kinds of statements, the negative intentions and duplicity towards Sarawak becomes obvious.

What’s even worse is their fifth columnist and minions in Sarawak have come to his defence to justify the uncalled for remarks. They have once again defended an indefensible statement of the Malayan based party in reference to Sarawak.

However, I do believe that the finance minister knows the difference and that his ‘bankruptcy’ statement was deliberately calculated with mischievous intention and directed towards voters here to alarm them.

Their themed gathering ‘Sarawak Here We Come’ is indicative of their desire to control Sarawak, its finances, revenues and all its resources.

It is good to see that many politicians, citizens and netizens from across Sarawak and the real Sarawak-based parties have all rallied together to condemn the minister.

Ultimately, we in Sarawak need to send a strong and clear message at the next election that we as Sarawakians have always been here and do not need them to come here.

Sarawakians, please remember these are the same people who have publicly declared that manifesto promises were made purely to get elected. The promises to Sarawak have not only not been kept but also forgotten.

So be cautious about ‘Sarawak Here We Come’, it is not to help or give but perhaps to actually take away our financial reserves and resources. 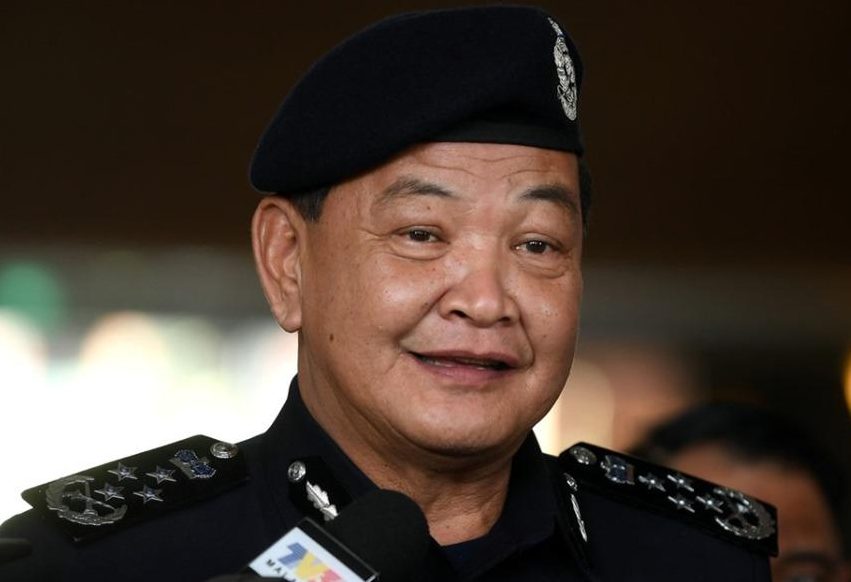 Something not right in Sarawak; drastic actions needed: IGP