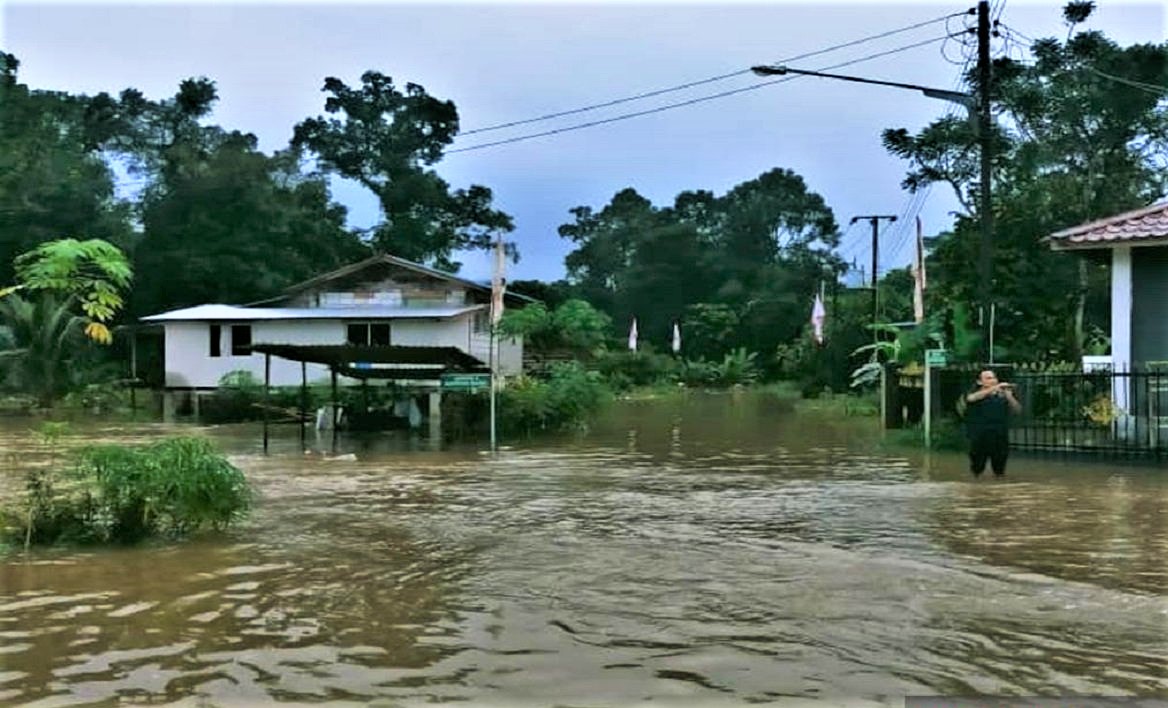 KUALA LUMPUR: Sarawak is the latest state to be hit by the floods in the country, while the situation in Kelantan, Pahang and Sabah is improving with the drop in the number of evacuees, while in Johor, there is a slight increase in the number of victims.

Check at the infobanjir.water.gov.my today, found the water at Sungai Golok, Kuala Jambu in Kelantan and Sungai Pahang in Lubuk Paku, Maran and Serambi in Pekan, as well as Sungai Jelai, Lipis, still above the danger level.

Apart from that, the Malaysian Meteorological Department (MetMalaysia) has issued a bad and alert weather warning with heavy rain for several areas in Sarawak until tomorrow (Jan 14), while in Sabah, heavy rain is forecast today.

In KELANTAN, the number of flood victims at the relief centres (PPS) has dropped to 84 people at 8 am today, from 275 people yesterday.

According to the Social Welfare Department’s Info Bencana application, all the flood victims are in the Pasir Mas district with 58 of them at the PPS at Sekolah Kebangsaan (SK) Tok Deh and 26 others at SK Bakong.

In SABAH, the number of evacuees has also dropped, with 951 today, from 1,765 people yesterday.

So far, four districts, comprising Kota Marudu, Pitas, Tongod and Beaufort, involving a total of 84 villages, are hit by floods.

However, no one has been evacuated in Tongod.

According to the Sabah Disaster Management Committee Secretariat, all the victims are at eight PPS in Kota Marudu, Pitas and Beaufort.

A total of 782 evacuees in Kota Marudu have been accommodated at Dewan Kampung Asin-Asin, SK Taritipan, SK Advent Damai and Sekolah Menengah Kebangsaan (SMK) Tandek, while in Pintas, 41 of them are at SK Salimpodon, Dewan Kampung Kusilad (42) and SK Pekan II (62).

In SARAWAK, 53 people, comprising 32 in Kuching and 21 in Serian, were evacuated when heavy rain flooded their homes yesterday.

According to the State Disaster Management Committee, the PPS at Balai Raya Taman Desa Wira was opened at 2.30 am today to accommodate the victims from the housing area.

“The PPS at Dewan Kampung Betong Kenawit in Serian was opened at 10.30 pm yesterday after heavy rain cause water from Sungai Betong Kenawit to overflow its banks and caused flooding of the low-lying areas,” said the chief secretariat of the State Disaster Management Committee, Majorj (PA) Ismail Mahedin.

The operations centre of the Sarawak Fire and Rescue Department said that the floods in the state have affected 12 areas. – Bernama

No requirement for commercial vehicles to request MOT endorsement letter

Responsibilities of all MPs remain the same during emergency

No requirement for commercial vehicles to request MOT endorsement letter

Turn off main switchboard during floods