While he stopped short of revealing the state government’s plans which are in the pipelines for the purpose, he said Sarawak was currently negotiating with Brunei to supply its electricity to the sultanate.

He said presently, state-owned agencies such as SEDC Energy Sdn Bhd were exploring energy production from fossil fuel and hydrogen.

“This is part of our plan to diversify energy resources and have a strong power base so that we can share our energy with the rest of the country.

“Now, we have an agreement to supply energy to Sabah and we have been supplying power to Kalimatan, Indonesia. Next, we are negotiating with Brunei as they also need our assistance (in terms of power).

“Perhaps one day, we have to cross the South China Sea (to supply power). I don’t want to mention it now, but this is the energy resources that we have,” he said during a ceremony here on Thursday (Sept 9).

“This means we are supplying energy using hydropower through the turbines, secondly is through floating solar, which Singapore is also doing at its reclaimed areas.

“But our (Bakun) dam alone is as big as Singapore and we can float our solar panels there. Thirdly, we are producing hydrogen from the water.

“In other words, we have three main sources of energy that will be a source for us to participate actively in our economic development,” he said.

The chief minister added that the state government through its agencies would be participating actively in the local petroleum industry.

“This will contribute to the improvement of our human capital not only in the oil and gas sector, but also other complementary sectors such as manufacturing, finances and others,” he said. 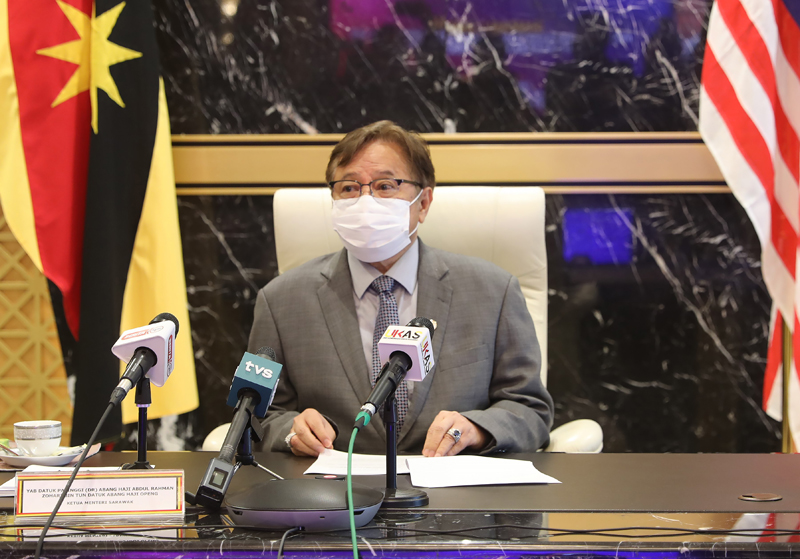