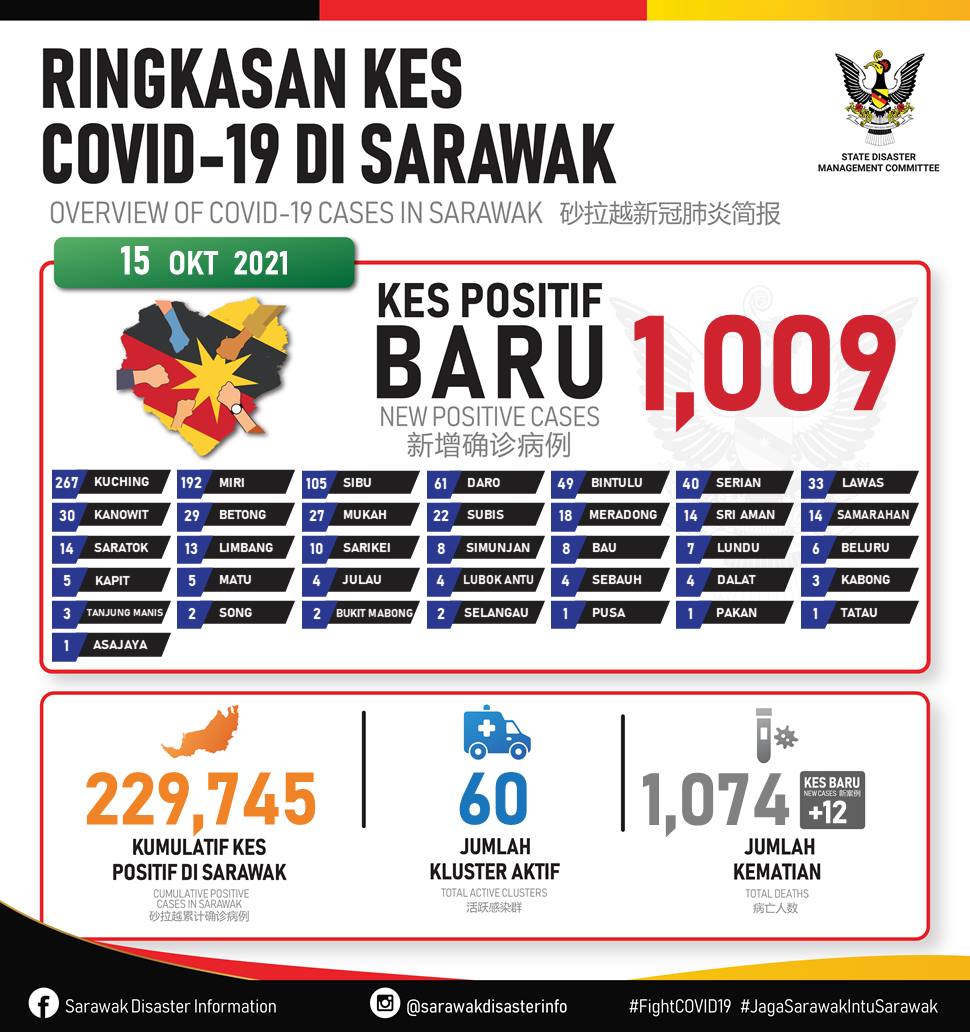 KUCHING: Sarawak recorded 1,009 Covid-19 cases on Friday (Oct 15), another drop from Thursday's 1,061. According to the Sarawak Disaster Managemen

Thirteen cases were reported in Limbang; Sarikei (10); eight cases each in Simunjan and Bau; Lundu (seven); Beluru (six); five cases each in Kapit and Matu followed by four cases each in Julau, Lubok Antu, Sebauh and Dalat.

At the same, Kabong and Tanjung Manis recorded three cases; Song, Bukit Mabong, Selangau (two each) and Pusa, Pakan, Tatau, Asajaya (one each).

This brings the cumulative cases recorded in the state to 229,745.

SDMC also declared the end of three clusters – the Bijongon Cluster in Bau District, Tinwar Keleku Cluster in Subis District, and Nanga Sesamak Cluster in Selangau District after no new cases were reported in the past 28 days.

As of Friday, there are 60 active clusters in the state, with six clusters recording 15 new cases.

EMCO will also be imposed at Rh Awan, Sg Stok in Sarikei from Oct 16 to 25, while Rh Anthony, Sungai Sarang, Roban and Rh Christopher, Sungai Kali in Kabong District will be undergoing EMCO from Oct 16 to 26.

SDMC added that EMCO had ended in 16 localities statewide.

Be an intelligent donor