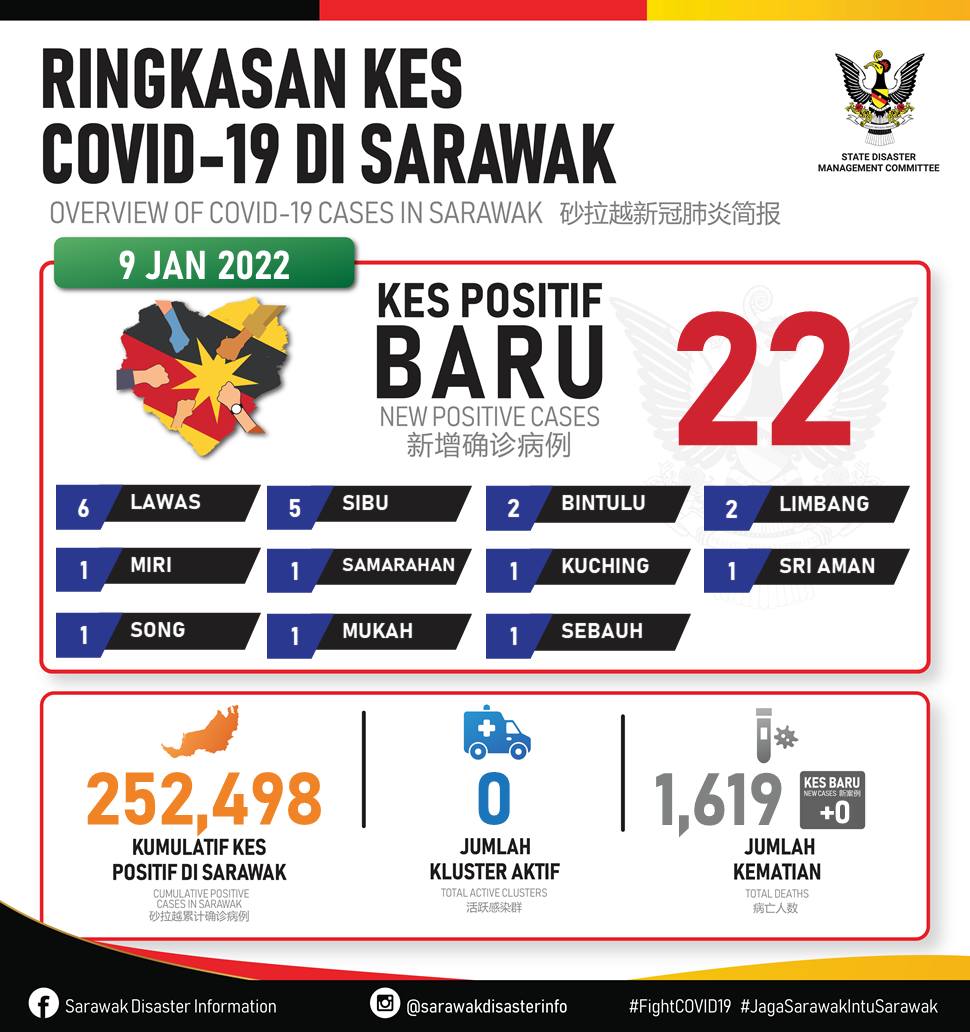 The committee said six cases were reported in Lawas while five were reported in Sibu. Meanwhile, Bintulu and Limbang reported two cases each while Miri, Samarahan, Kuching, Sri Aman, Song, Mukah   and Sebauh reported a case each.

It added no deaths were recorded today.

The SDMC also said that police had issued eight compounds in Kuching and six compounds in Miri, It said 15 compounds were issued daily. In total, 12, 857 compounds have been issued to offenders in Sarawak.

Meanwhile, the SDMC said 27 new cases of persons under surveillance (PUS) have been reported while 353 PUS were quarantined and 162,586 PUS had been discharged.

It added 726 hotspots had been identified in Sarawak.