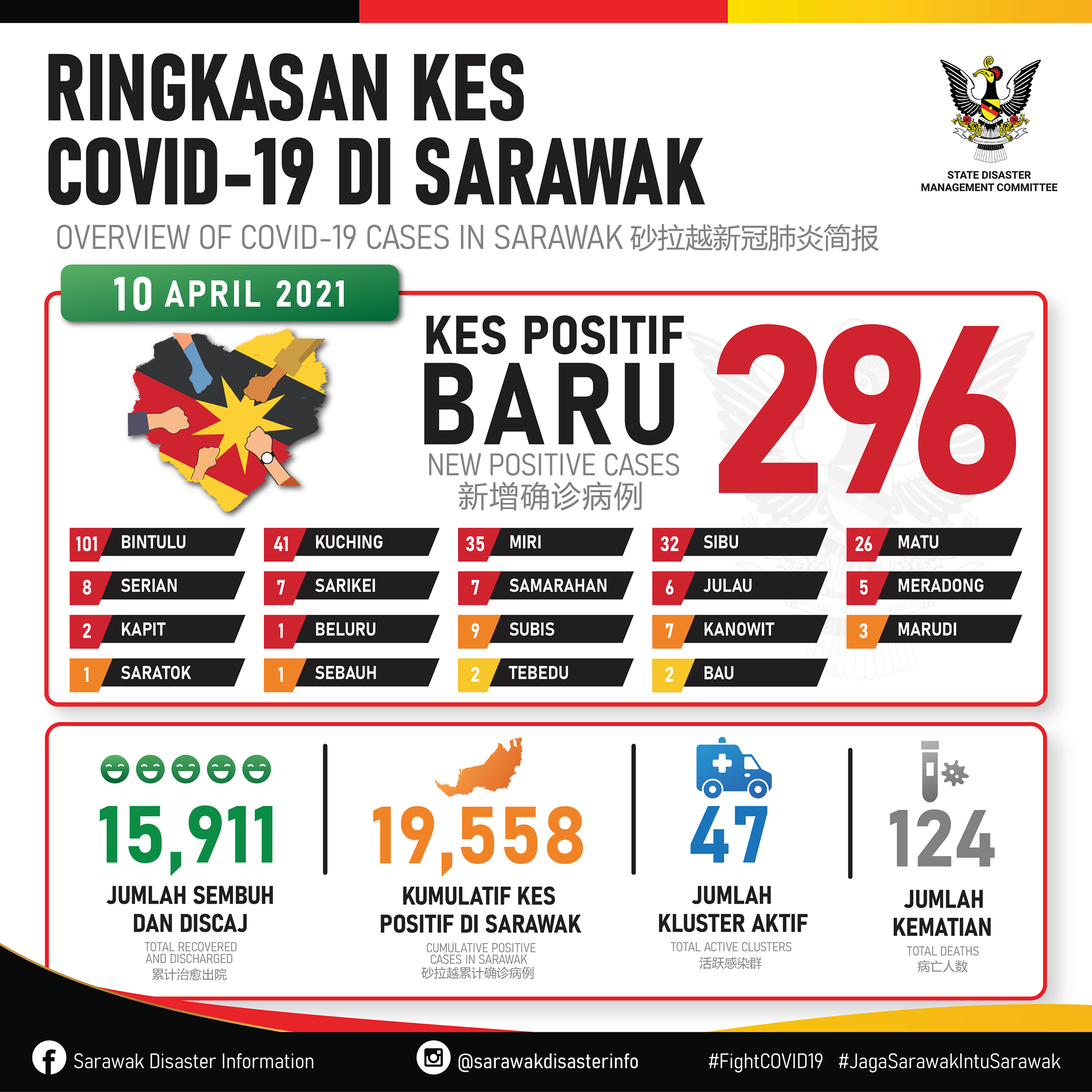 Of these, Bintulu district reported 101 cases, Kuching (41), Miri (35), Sibu (32), Matu (26), Subis (nine), Serian (eight), Kanowit, Sarikei and Samarahan with seven each, Julau (six), Meradong (five), Marudi (three), Tebedu, Bau and Kapit had two each, while one was case was recorded respectively in Beluru, Saratok and Sebauh.

Additionally, 216 out of 296 total cases comprised of individuals who had been instructed to undergo quarantine at designated places.

“In short, 190 were screened after having contact with positive cases, 49 detected from other screenings in health facilities, 31 from screening of symptomatic individuals and 26 cases were individuals linked to active clusters,” it said in a daily Covid-19 statement today.

At the same time, Sarawak also reported 381 patients had recovered and discharged from hospitals comprising 182 from Semuja Low-Risk Treatment Centre (PKRC), 57 from Bintulu Hospital, 56 from Sibu Hospital, 49 from Miri Hospital, 20 from Sarawak General Hospital (SGH), eight from Kapit PKRC, three from Sarikei Hospital, two each from Sri Aman and Betong PKRCs, and one each from Serian PKRC and Mukah Hospital.

“This brings the total number of recovered and discharged cases to 15,911 or 81.35 percent of total Covid-19 cases in Sarawak,” SDMC stated.

“Today, 336 new person-under-investigation (PUI) cases have been reported and six are awaiting laboratory results,” it said.