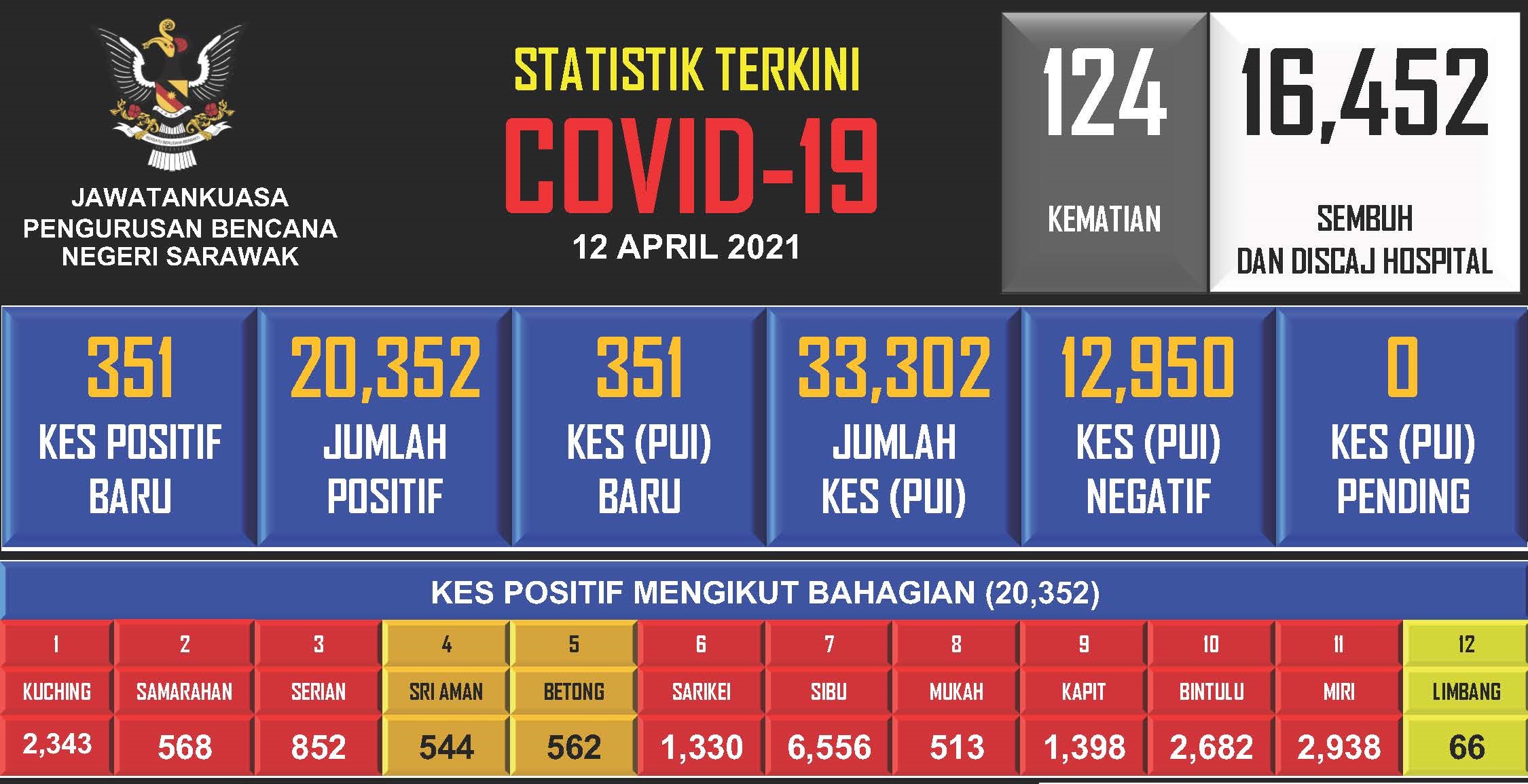 “Of the 351 new cases reported, 51 individuals showed signs and symptoms of Covid-19 infection during screening,” they said in a statement today.

They said 257 of the cases detected were persons who had been directed to undergo quarantine order at quarantine centres.

Providing a breakdown of the 351 cases reported, they said 235 were from screenings by individuals who had contact with positive cases while 56 were categorised as other screenings at health facilities.

“Thirty-eight cases were from screenings by symptomatic individuals at health facilities and 21 were individuals involved in existing active clusters.

“One case was involved a person who had come from another state within Malaysia, categorised as an Import B case,” said the committee.

“This brings the total number of recovered and discharged cases thus far to 16,452 or 80.84 percent of total cases in Sarawak,” said SDMC.

They said there were still 3,713 cases being isolated and treated at PKRCs and hospital wards in the state.

“A total of 351 new persons-under-investigation (PUIs) have been reported and no PUIs are awaiting laboratory test results,” they said. 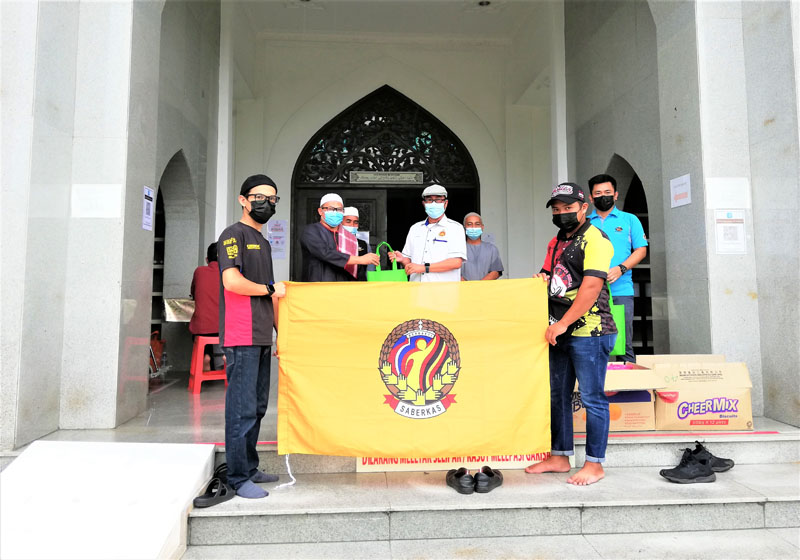 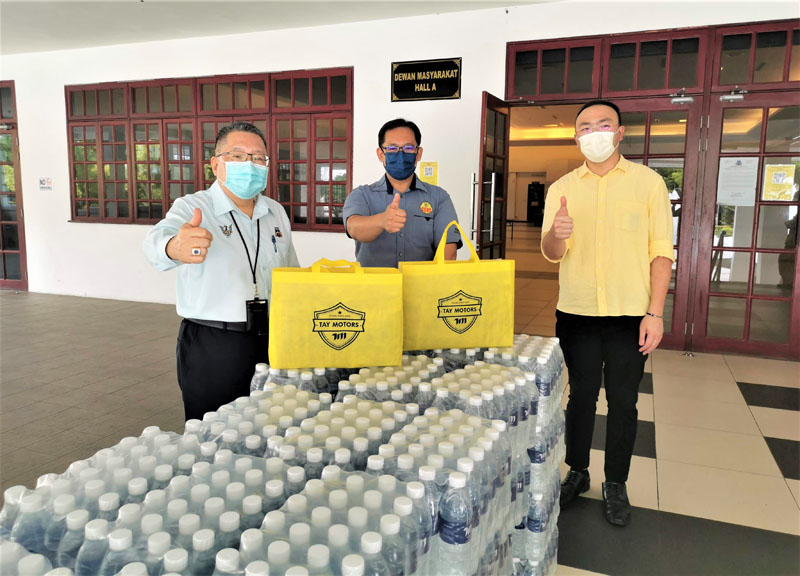