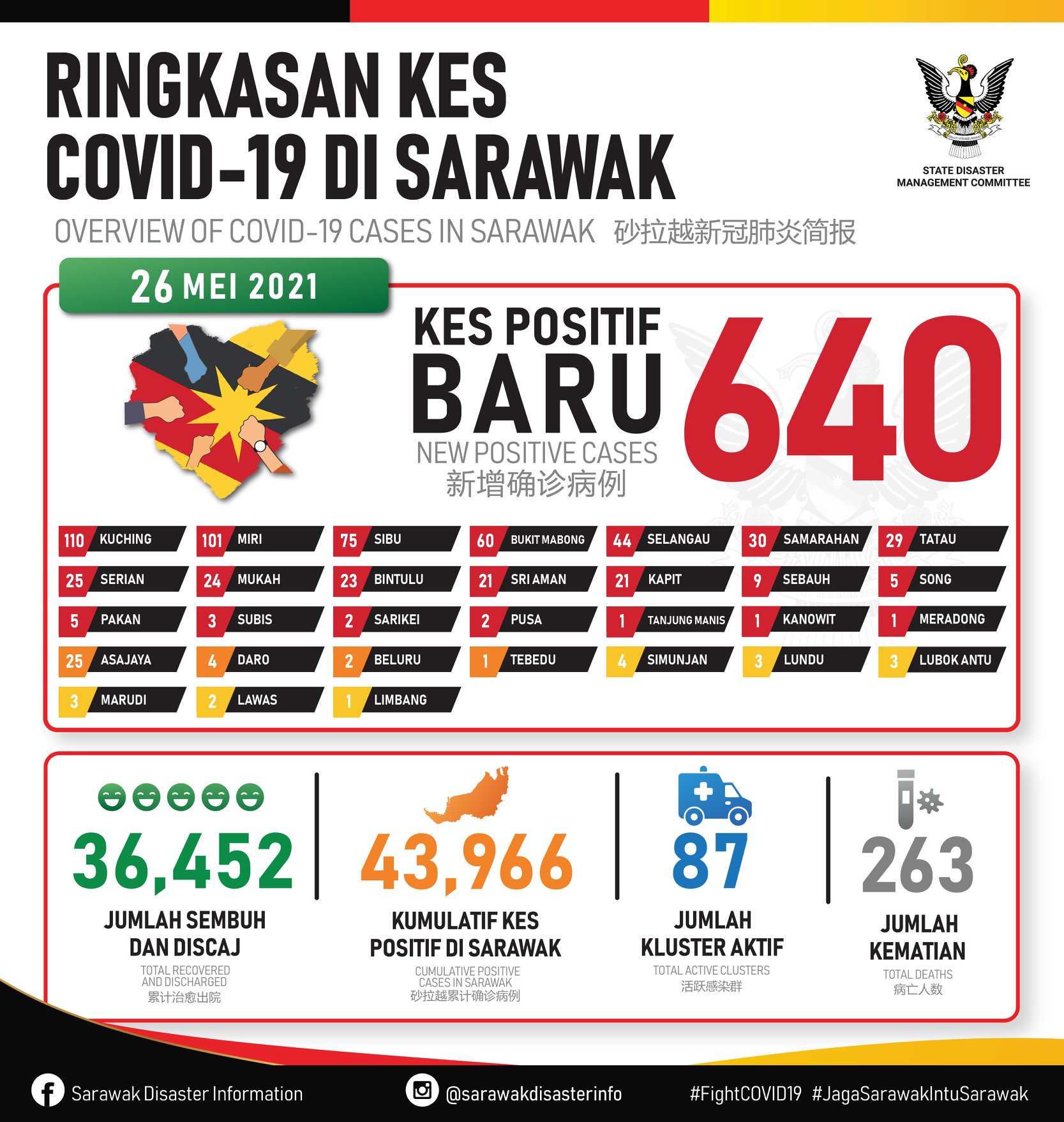 This State Disaster Management Committee (SDMC) said these brought the cumulative total number of cases to 43,966 and the death toll to 263 people.

It said 346 or 54.06 percent of the new cases were detected in the Kuching, Miri, Sibu and Bukit Mabong districts.

“Of the 640 new cases reported, 80 people had shown signs and experienced symptoms of Covid-19 infection during screening,” it said today.

The committee said the 262nd death was that of a 65-year-old local man who was referred to the Bintulu Hospital emergency unit for physical examination.

It said the man had difficulty in breathing during his dialysis treatment and had tested positive for Covid-19 on May 13.

“The man’s health condition deteriorated and he died on May 23. He had diabetes, heart and liver disease as well as end-stage kidney disease,” it added.

SDMC said the 263rd death involved a 71-year-old local woman who was treated at the Miri Hospital for shortness of breath.

She had symptoms of cough, vomiting, diarrhea, was weak and had difficulty in breathing.

“The woman tested positive for Covid-19 on May 25. Her health condition worsened and she died on May 26. She had a history of heart disease and asthma,” said the committee.