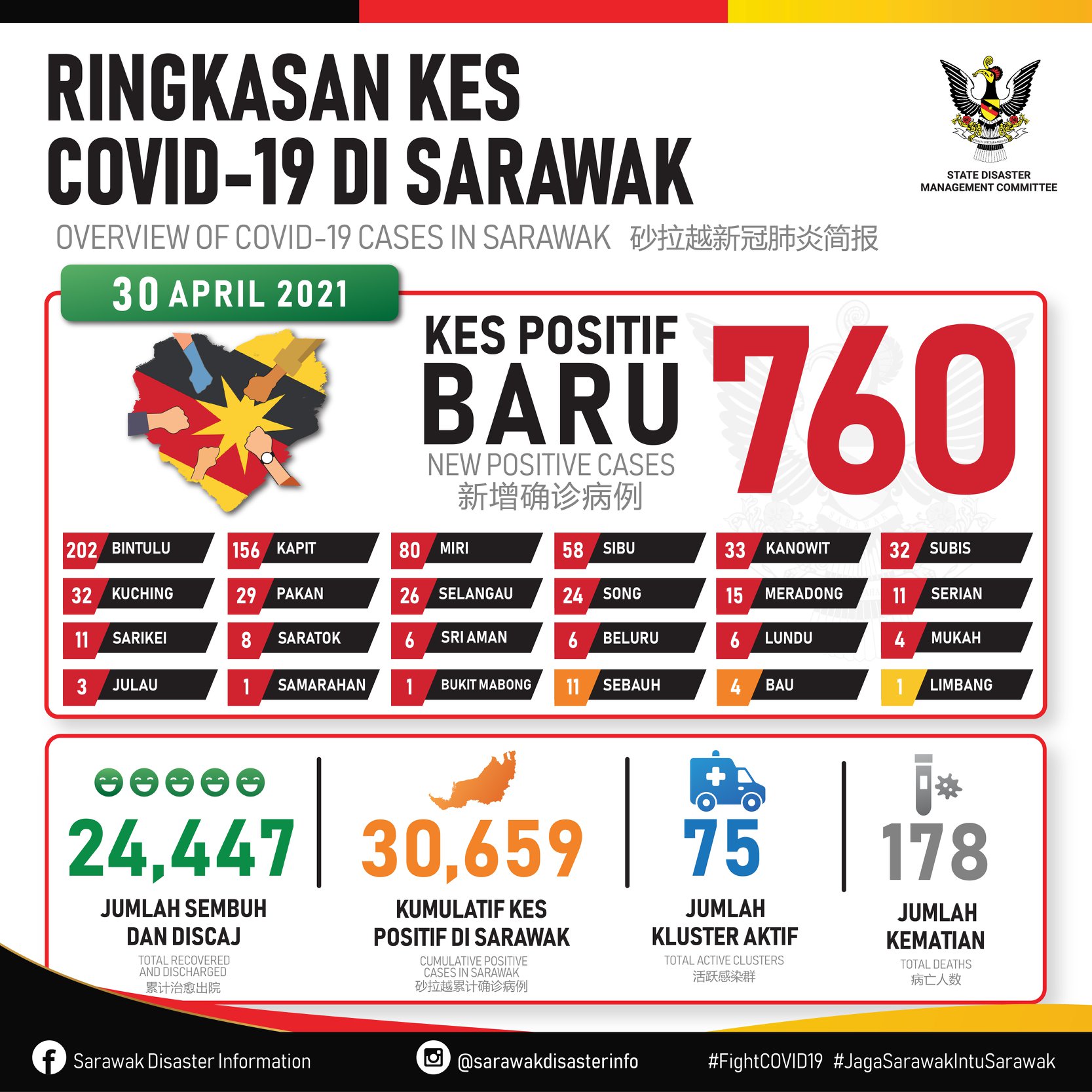 KUCHING: Sarawak recorded 760 Covid-19 positive cases today (April 30), the second-highest in the country after Selangor (1,265), bringing the state’s tally to 30,659. There were also five fatalities.

According to SDMC, 89 percent of the cases in Bintulu district comprising 90 persons from Rh Siba and 47 from Rh Lampoh which have been under lockdown since Apr 22 and Apr 24 respectively were close contacts of the index cases in the longhouses.

“Six hundred 83 out of the 760 cases were individuals who had been instructed to undergo quarantine at designated places.

In short, 575 new cases were screened after having contact to positive cases, 107 were individuals linked to active clusters, 48 detected from other screenings in health facilities, 29 from the screening of symptomatic individuals, and one import B case involving an individual returning from other states,” SDMC said in a press statement.

On another note, it reported that 516 patients had recovered and were discharged from hospitals statewide.

These bring the number of recovered and discharged cases thus far to 24,447 or 79.74 percent of the total number of cases in Sarawak.

There are 5,863 individuals still undergoing treatment at hospital isolation wards in the state. 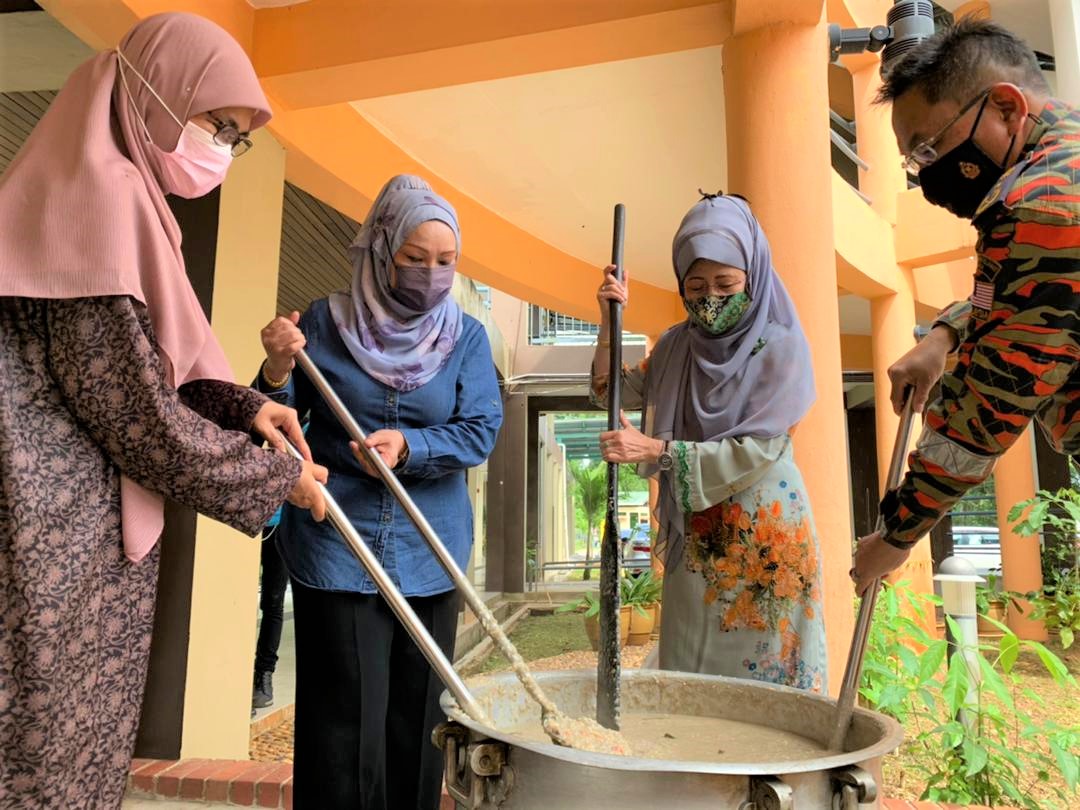