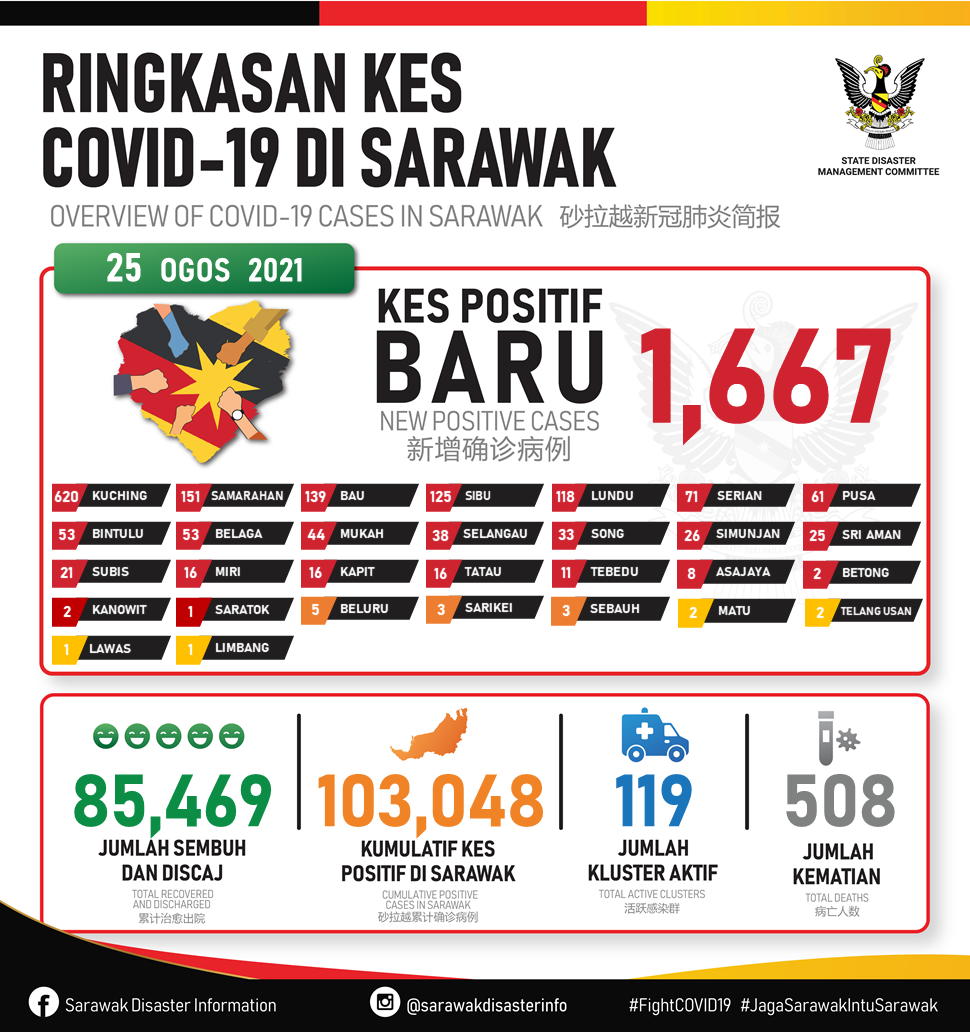 The Sarawak Disaster Management Committee (SDMC) disclosed that 1,665 or 99.88 percent of the cases were under Category 1 and 2 while Category 4 and 5 had one case each.

Asajaya recorded eight new cases; Beluru (five); three each in Sarikei and Sebauh; two each in Betong, Matu, Kanowit and Telang Usan; one each in Lawas, Limbang and Saratok.

SDMC said there were 968 cases of individuals who had close contact with positive cases, 225 cases were individuals in existing clusters and 110 cases were from screenings of symptomatic individuals at health facilities.

There were 361 cases from other screenings at health facilities and three Import B cases of individuals returning from other states in Malaysia, namely Perlis, Sabah and Selangor.

At the same time, SDMC dsclosed that 970 new cases had been discharged from hospitals and low-risk quarantine and treatment centres (PKRCs) statewide.

This brings the number of recovered and discharged cases to 85,469 or 82.94 percent of the total number of cases in Sarawak.

There are still 16,878 active cases remaining in the state. 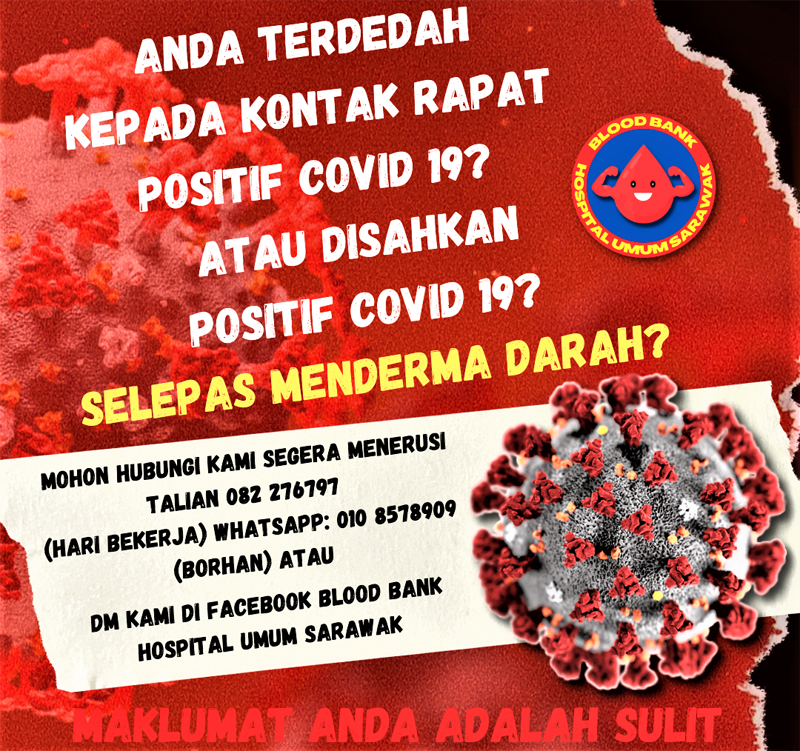 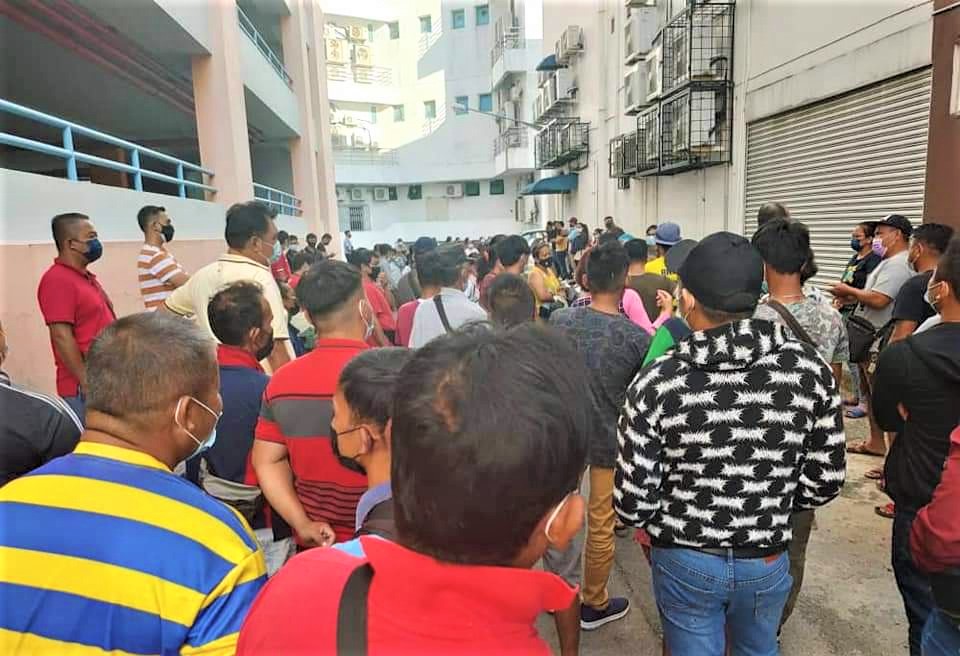