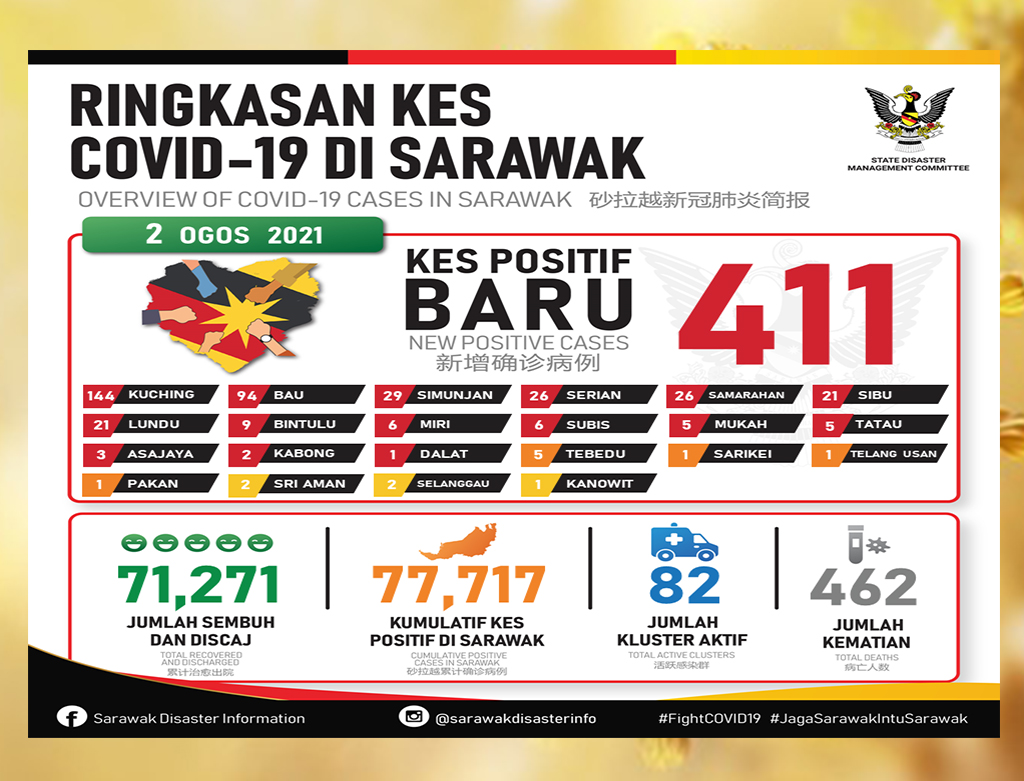 Six cases each were recorded in Miri and Subis; five cases each in Mukah, Tebedu, and Tatau and three cases in Asajaya.

Kabong, Sri Aman, and Selangau recorded two new cases while one case each was recorded in Dalat, Kanowit, Sarikei, Telang Usan and Pakan.

The SDMC said 246 cases were individuals who had close contacts with positive cases while 96 were from active clusters.

The SDMC also said that 550 patients were discharged from hospitals and low-risk treatment centres (PKRCs), bringing the number of active cases to 5,807.

Hence, the number of recovered and discharged cases is now 71,271 or 91.71 percent of the total number of cases in the state.

The committee also declared the end of the Gerigat cluster as well as the Jalan Semariang cluster in Kuching district and the Lapan Enam Quadruplex cluster in Miri district.

With this, the SDMC said the state had 82 active clusters as of yesterday and seven of them had recorded 96 new Covid-19 cases.