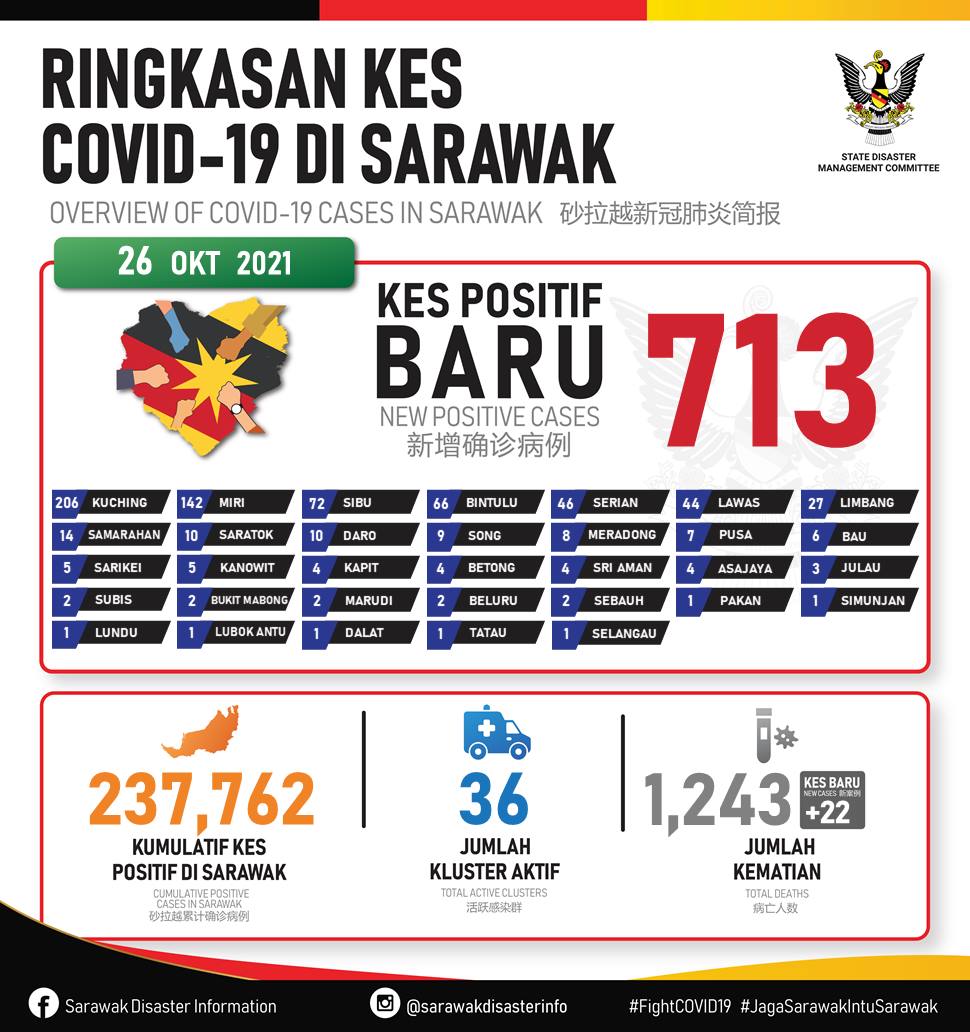 Pakan, Simunjan, Lundu, Lubok Antu, Dalat, Tatau, and Selangau recorded one case each. This brings the cumulative cases in the state to 237,762.

Meanwhile, the SDMC also declared 22 fatalities from Oct 7 to Oct 25.

On another note, the committee also announced the enforcement of the enhanced movement control order (EMCO) on Rumah Uchi, Lubok Nyumboh Entabai in Julau from Oct 26 to Nov 1 while Rumah Mulok, Lempa Antu in Pakan and Rumah Endit, Nanga Batang, Budu in Saratok will start their EMCO from Oct 27 onwards.

On Oct 26, the EMCO at four longhouses will be lifted while the EMCO at Rumah Unan, Nanga Kuap, Sungai Lijan will end on Oct 27.

Call to set up voting station exclusively for vulnerable groups