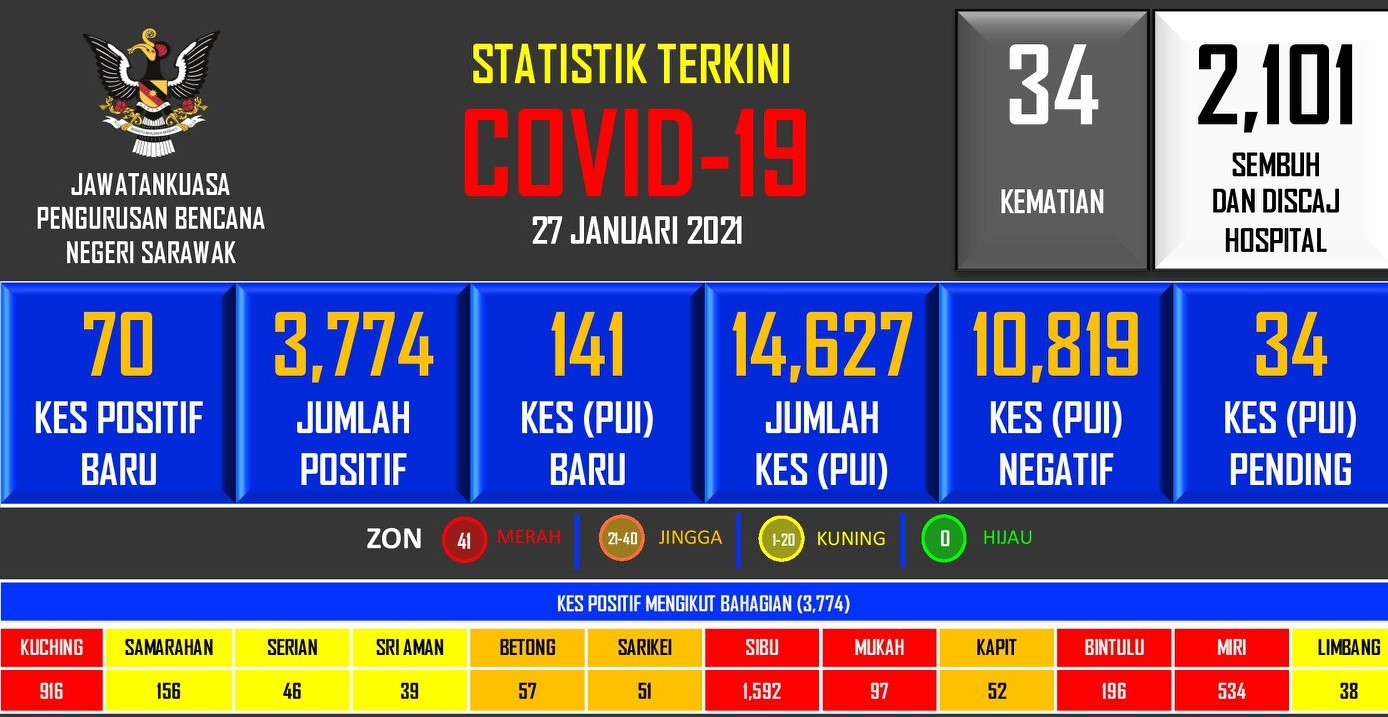 “Case 1,745 was a 74-year-old local male, and he was found to be Covid-19 positive through screening. Due to his deteriorating health, he passed away on Jan 26.

“He had comorbidity namely gout. This means that the Covid-19 death in Sarawak has increased to 34 persons or 0.90 percent of the total number of Covid-19 positive cases in the state,” he said.

Meanwhile, Sarawak saw a decline in the number of Covid-19 positive cases when it recorded only 70 new cases today. The state has been recording triple-digits daily cases recently.

Of the new cases, 34 were recorded in Sibu, Dalat (10), Bintulu (nine), Kanowit (seven), Betong (four), Miri and Serian (two each) while Kuching and Bau recorded one case each.

These bring the total number of cases in the state to 3,774.

For the nine cases in Bintulu District, five cases are related to the Rakut Cluster, two Import C cases from Subis District related to the Pasai Cluster, one case from a symptomatic individual screening and one locally transmitted case through active case detection in the community.

He said that the seven cases in Kanowit District and four cases in Betong District involved the Pasai Cluster.

“There is only one case catagorised as Import B case in Kuching District and it is a local who returned from Kedah which is a high-risk area. Bau District also recorded one locally transmitted case in which the symptomatic individual was screened at a private medical centre in Kuching,” he added.

SDMC – One year on and fighting