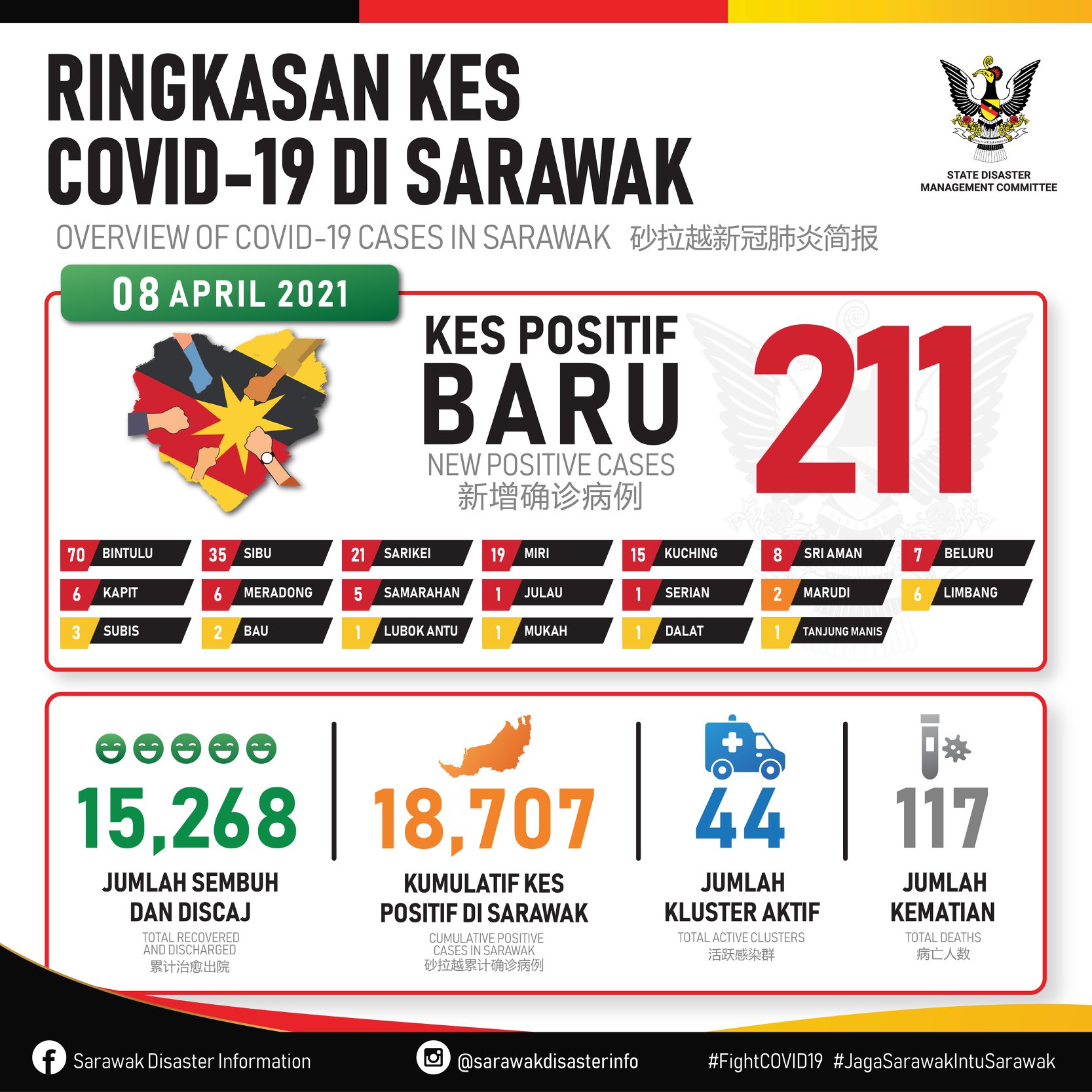 KUCHING: An 83-year-old woman in Miri was the latest Covid-19 fatality case in Sarawak, bringing the total number of deaths to 117.

“Her rT-PCR test result was positive on March 28. Her health condition deteriorated and she was pronounced dead on April 7.

“The case had comorbidities of diabetes, high blood pressure and dyslipidemia,” the committee said in a daily Covid-19 statement here today (April 8).

Of the total positive cases, 178 comprised individuals who had been instructed to undergo quarantine at designated places.

Today (April 8), 181 patients had recovered and had been discharged from hospitals — 49 from Sibu Hospital, 34 from Miri Hospital, 31 from Sarawak General Hospital (SGH), 27 from Bintulu Hospital, 19 from Serian Low-Risk Treatment Centre (PKRC), eight from Sarikei Hospital, five from Kapit PKRC, five from Sri Aman PKRC, two from Mukah PKRC and one from Betong PKRC.

“This brings the total number of recovered and discharged cases to 15,268 or 81.62 percent of total Covid-19 cases in Sarawak,” SDMC stated.

It added 3,263 individuals were still being treated in hospital isolation wards in the state.

“Today (Thursday), 252 new person under investigation (PUI) cases have been reported and eight are awaiting laboratory results,” it said.