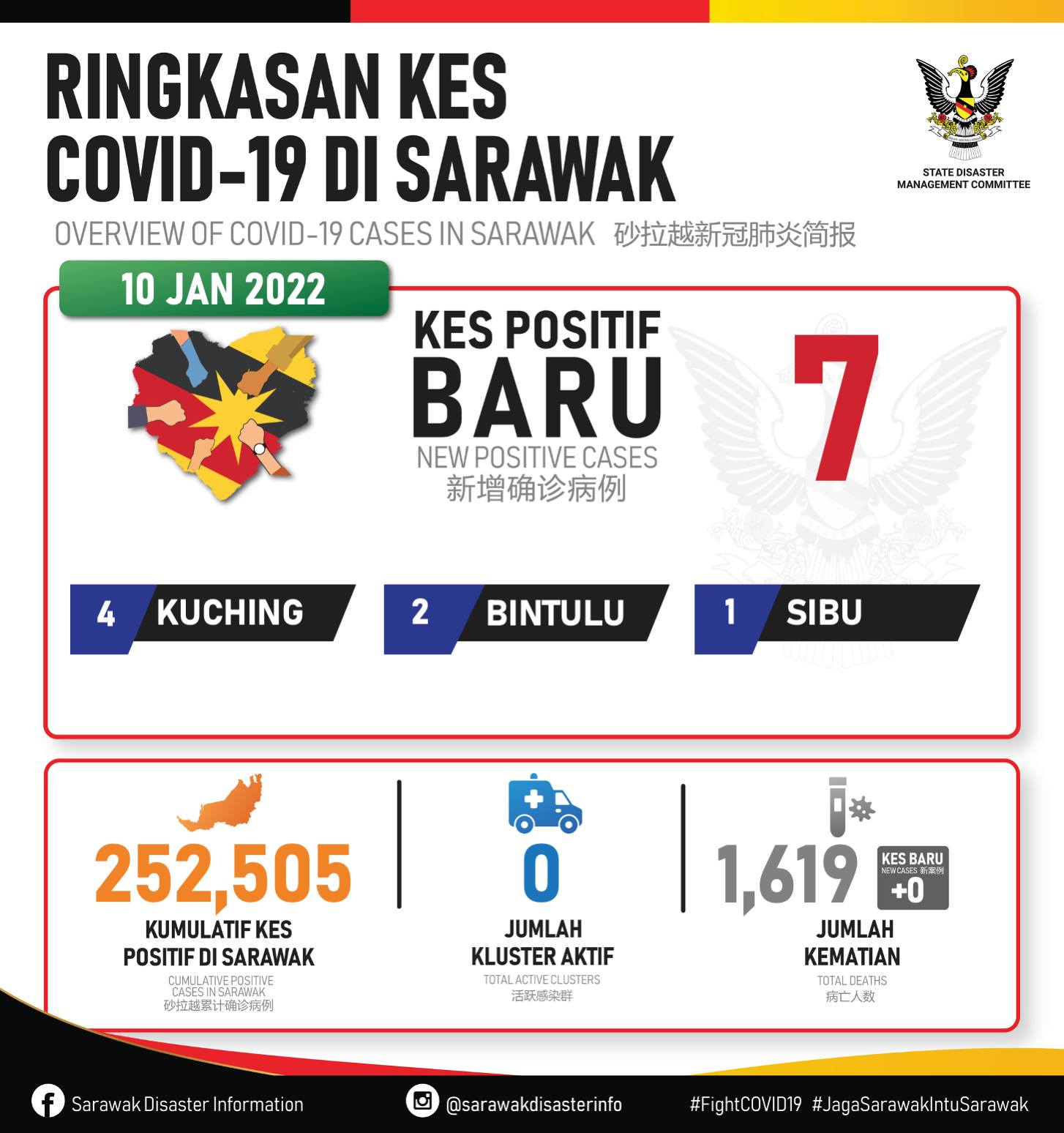 The Sarawak Disaster Management Committee (SDMC) said in a statement that five of the cases were Category 1 and 2 while two were Category 4.

Kuching recorded four cases, followed by Bintulu with two and and one in Sibu.

Four compounds were issued in Miri for failure to adhere to physical distancing.

Meanwhile, two compounds were issued in Kuching for failure to scan the MySejahtera QR code and not using face mask upon entering a premises. No fatality was recorded on Monday.