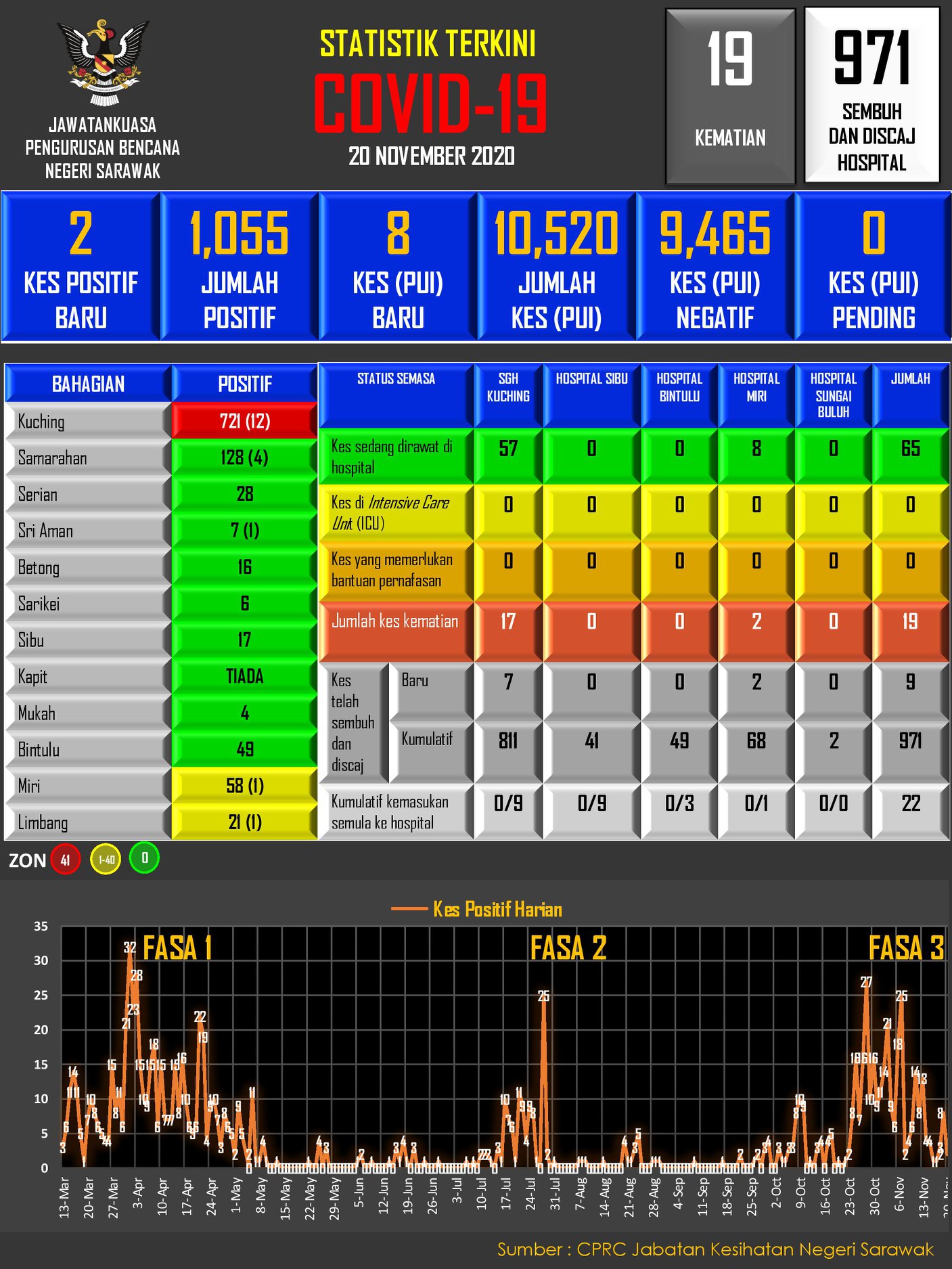 KUCHING: Sarawak recorded two new Covid-19 cases today — one each in Kuching and Miri districts, bringing the total number of cases to 1,055.

According to Sarawak Disaster Management Committee (SDMC), Case 1,054 is a local man working as a technical executive at an oil and gas company based in Miri.

“The case was detected through a random active screening by Miri Division Health Office at several workplaces in Miri city since early November.

“The case is categorised as a local infection,” it said in a statement today.

Meanwhile, Case 1,055 is a local man working as a civil servant at the same workplace as Case 1,051. The case is related to the Besi Cluster.

“The case was detected through contact tracing on Nov 19 and was found positive on Nov 20,” it added.

Both cases did not show any signs and symptoms and have no history of traveling abroad or visited high-risk areas within the last three months.

They have been admitted to isolation wards at Miri Hospital and Sarawak General Hospital (SGH). Investigation and contact tracing are being carried out.

As of today, there is a total of 65 cases that are still receiving treatment at hospitals — 57 in isolation wards at SGH and eight in Miri Hospital.

Kuching is currently a red zone, while Miri and Lawas are yellow zones.