To address this issue, the state Ministry of Education, Science and Technological Research (MESTR) together with the State Education Department (JPNS) had engaged with local Teacher Training Institutes (IPGs) to come up with proposal of employing interested graduates as temporary teachers.

The ministry revealed this in a statement today. It was commenting on the current shortage of teachers highlighted by Sarawak Parti Pribumi Bersatu Malaysia chief Senator Jaziri Alkaf Abdillah Suffian and others.

The ministry was formed by the state government in May 2017 to assist and complement the Ministry of Education (MoE) in addressing education issues in Sarawak by working closely with the State Education Department.

On the employment of interested graduates as temporary teachers, MESTR added, “Candidates who are found to be suitable, passionate, committed and with the correct aptitude will be recommended and offered to do Diploma in Education at IPG for a period of one and a half years on a part time basis while teaching.

“These temporary teachers must go through the qualifying test, namely, psychometric test with interviews conducted by the State Education Department and IPG. Those who pass and are selected will be required to undergo six months of practical teaching in schools during which they will be assessed by IPG lecturers and the schools.

“Upon completion of this course, those who fulfil all the requirements will be awarded the Diploma in Education which will qualify them to be appointed as trained teacher grade DG41 both in secondary and primary schools.

“If this proposal is accepted by MOE, we are confident to resolve the issue of shortage of teachers throughout Sarawak within the next three years.”

The ministry disclosed that it had discussed the proposal a few times with officers from the MOE since 2019 and the Senior Minister of Education on April 2 this year.

“Even though we have not received an official reply from the MOE, the fact is that one of the strategies or approaches taken by MOE as announced by the Senior Minister recently was very similar to our proposal.

“Apart from that, MESTR also introduced several programmes including leadership course for school leaders, various refresher courses for teachers, Sarawak English Language Education Symposiums (SELES) as well as teaching of science and mathematics in English in all primary schools starting from Primary 1 in 2020,” it said.

MESTR said Sarawak could certainly produce its own teachers provided that the state was given the authority or full autonomy over education.

The ministry pointed out that teaching and learning materials had been supplied to schools in the state at the cost of RM5.8million while projects to connect electricity supply to 125 rural schools were at various stages of implementation.

Projects to connect treated water supply to 41 rural schools with 35 schools had been completed while computers (raspberry pie) were provided to all primary schools throughout Sarawak, it added.

The ministry urged Jaziri to convey to his colleagues at the federal level the aspirations of Sarawakians to have authority in its education.

“We are fully aware of the issues and problems pertaining to education in Sarawak. Our minister is not new to these issues, as he has been a teacher and school principal for 25 years before entering politics.

“He was also once on the interview panel for Teachers Training Colleges’ intake in Sarawak in 1975 and 1983. Thus, he knows very well the ins and outs of education issues.

“If the senator and Long Lama DAP chairman have any more better proposals or ideas with regard to education in Sarawak, they are most welcomed to discuss with us instead of going to the media without genuine facts,” added MESTR.

The ministry said it had worked with JPNS to identify the factors that had contributed to unsatisfactory performances in three public examinations.

These factors included poor physical conditions of schools, shortage of teachers, high turn-over of teachers, especially in the rural schools as well as mismatch of subject option (non-option teachers).

However, the ministry assured that measures had been taken to address the issues as such repairment of schools, introduction of the 90:10 policy in which 90 percent of the total population of teachers in Sarawak must be Sarawakians while the other 10 percent comprise non-Sarawakians as well as reskilling and upskilling of non-option teachers. 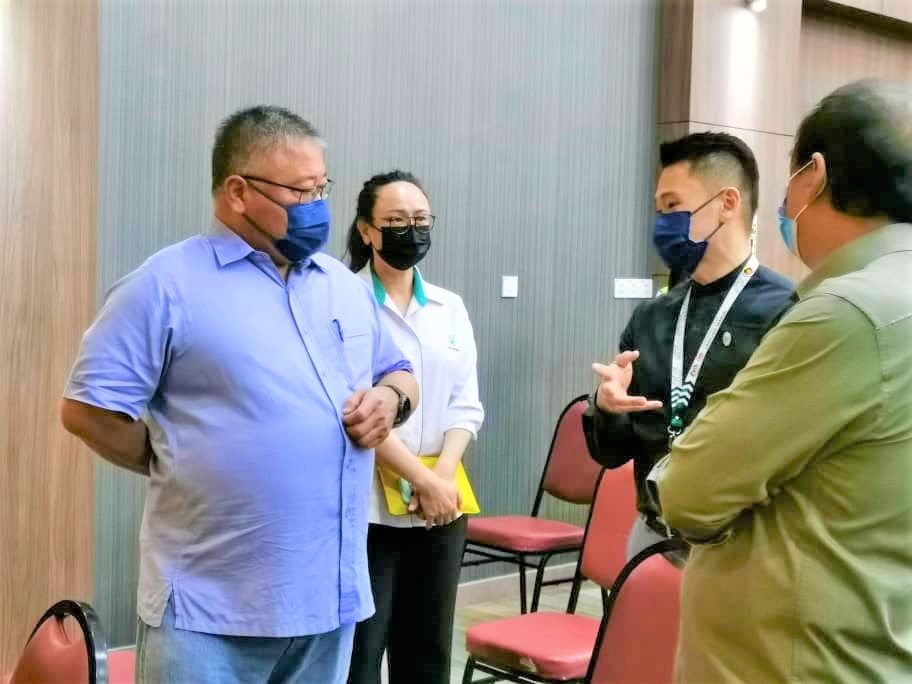