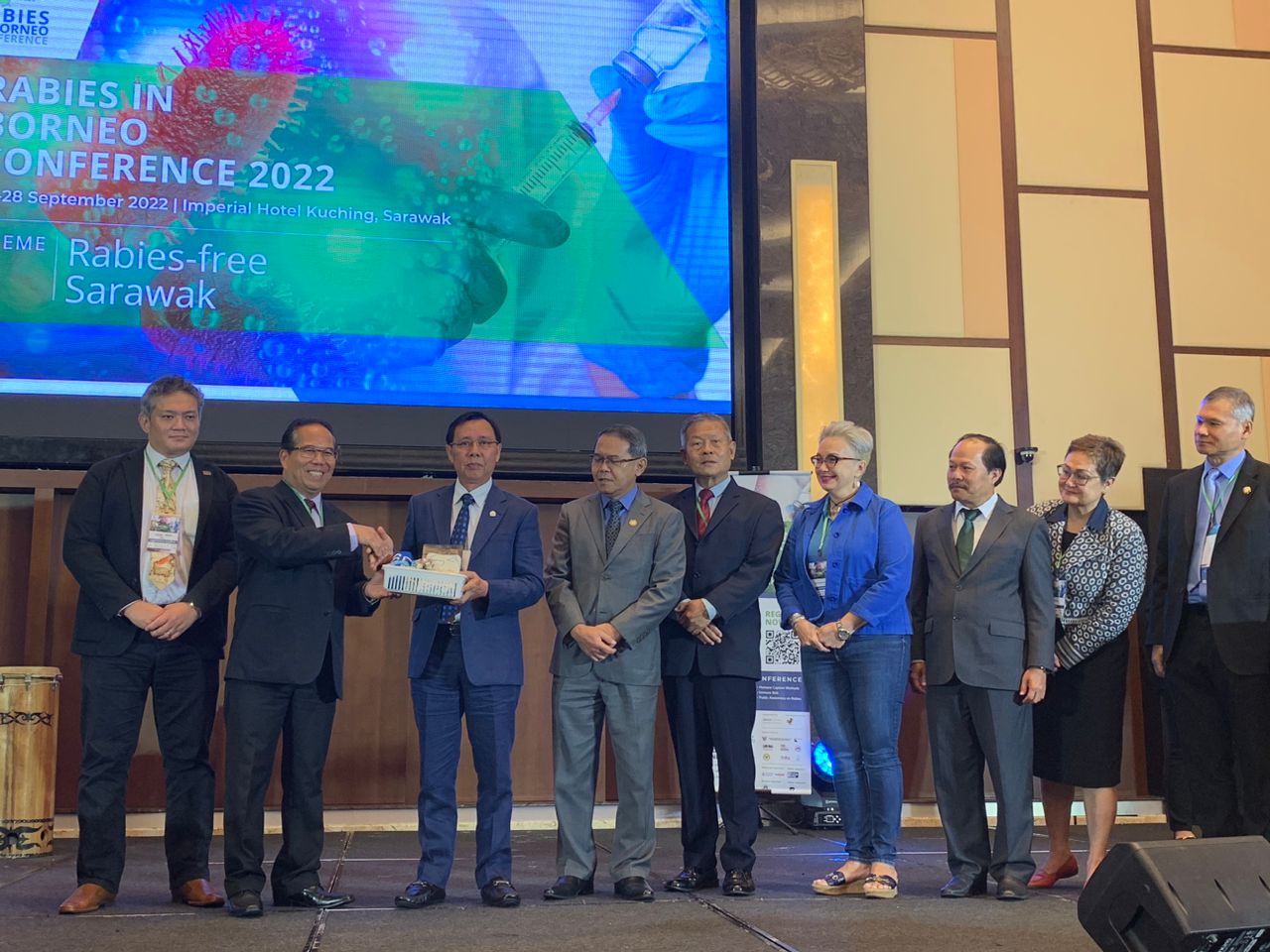 KUCHING: Sarawak aims to achieve rabies free status by 2025 and has administered anti-rabies vaccination to a total of 222,926 animals as of Sept 16 this year.

The Department of Veterinary Services Sarawak (DVSS) Director Dr Adrian Susin Ambud said the number of vaccination will continue to increase as the department has planned for more vaccination programmes in targeted areas in Sarawak.

He said it is necessary for Sarawak to administer between 250,000 and 300,000 doses or 70 per cent of the dog population to achieve herd immunity and prevent transmission of rabies among dogs.

“It is quite tough to get the exact figure due to the increasing number of dogs each year, but we aim to vaccinate at least 250,000 dogs, especially in the interior areas. We want to reach them before the viruses (infect them),” he said.

With an average of 250 animal bite notifications received monthly across Sarawak, he said, DVSS would continue to investigate, monitor and ensure that Sarawak is able to contain rabies-related cases, especially within the 72 areas that have been declared as rabies infected areas.

“For all the animal bite cases that DVSS investigated, 61 per cent are owned animals (pets) and 39 per cent are strays,” he said in his welcoming remarks ahead of the launching of Rabies in Borneo Conference (RIB) at a hotel here today.

Meanwhile, 66 per cent of the bite cases were caused by provocation of the victims.

He explained that when an animal was provoked, they would bite without a second thought as a self-defence.

“Other than that, for rabies sampling in animals done by DVSS this year, we have found out that out of 209 samples taken, a total of 33 animals were tested positive (16 per cent compared to 42 per cent of animals tested in 2018),” he said.

He stressed that active and passive surveillance is continuously being done by the department with the One Health approach to rabies control in the state.

Dr Adrian said collaboration between the Sarawak State Health Department, DVSS, local authority and councils, the Sarawak Public Communication Unit (UKAS) and other agencies has resulted in better coordination of resources and logistics to combat rabies in Sarawak.

On RIB, he said the conference was one of the steps towards achieving the rabies free status by the year 2025.

Fashioned after the Rabies in the Americas (RITA) and Rabies in West Africa (RIWA), RIB aimed to be the authoritative voice in the prevention and control of rabies in the community.

It also aimed to unpack two approaches of rabies prevention: the scientific (medical and veterinary) method and community participation.

About 250 delegates participated in the conference which is jointly organised by Place Borneo Sdn Bhd and DVSS.