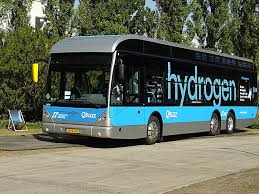 With the construction and operation of its pilot integrated hydrogen production plant and refuelling station project ― the first in SEA ― SEB strategy and corporate development executive vice-president Ting Ching Zung believes that this is the right time for Malaysia, particularly Sarawak, to embrace hydrogen technology as the future for green and renewable energy.

He said that Sarawak had the capability to emulate Brunei in exporting hydrogen fuel to Japan.

“Japan currently imports hydrogen from Brunei and Australia. This is something that we are currently working on,” he said during a media familiarisation trip to the Integrated Hydrogen Production Plant and Refuelling Station at Pending Industrial Estate on Thursday.

Explaining the different process in producing hydrogen, Ting said hydrogen produced from the facility had different levels of purity than other plants.

“Hydrogen gas can be produced from either electrolysis or gas reforming.

“However, gas reforming does not produce hydrogen as clean as electrolysis.

“Our plant produces hydrogen through electrolysis process which is basically by using water and electricity,” he explained.

He added that “because the hydrogen-powered engines are more efficient and reliable, whilst saving the Earth, the combination of hydrogen and oxygen (H2O) permits many developing countries to shift into exploring renewable energy technology”.

In fact, he highlighted that hydrogen fuel was the future for vehicle movement when carbon-based fuel sources would no longer be needed.

“This integrated facility is part of the state government’s initiative to prepare for a transition to renewable energy to protect the environment.

“And we are honoured for being part of this, together with Linde EOX Sdn Bhd,” he said.

In terms of safety, Ting said the question was raised since hydrogen gas was notoriously combustible.

However, he assured that hydrogen buses had undergone safety inspections.

“There is no essential safety issue. It’s proven already, for example like in China, the hydrogen buses are already on the roads,” he pointed out.

Carried out by SEB in partnership with Linde EOX, the pilot study to test the operations of the facility was launched on May 25 by the chief minister.

So far, the plant is capable of producing 130kg of hydrogen per day at a purity level of 99.999 percent and can fuel up to five tank cells in buses. There are three hydrogen buses running trials around Kuching city.

Unimas welcomes back students next month

21 compounded for not complying with SOPs

Unimas welcomes back students next month