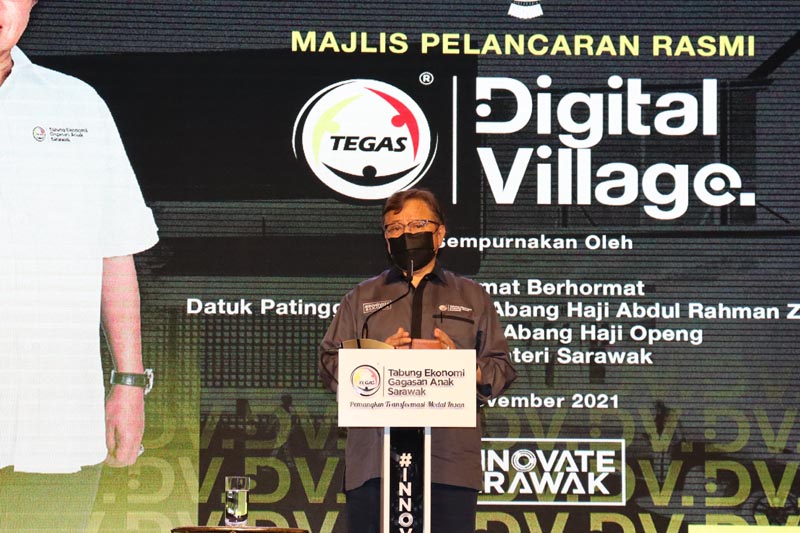 Sarawak to continue transformation under GPS

KUCHING: People can expect changes taking place in all corners of the state to continue under the Gabungan Parti Sarawak (GPS) government.

Alluding to the success of Kuching city being recognised by the Unesco Creative Cities Network (UCCN) in the field of gastronomy, he said such was only possible with a stable government.

“For the people of Kuching in particular and Sarawak in general, I congratulate you on our success in getting a world recognition (for our city).

“Let’s protect our city through a stable and concerned state government. God willing, Kuching, as well as other places in Sarawak will continue to be developed under GPS,” he said at the launch of the Satok Suspension Bridge on Sunday.

Abang Johari said he also had plans to develop Kuching through the construction of waterfronts in village areas near Sarawak River.

“We are now building a waterfront in Kampung Lintang to Sungai Bedil and to Tupong under the second phase of the project. In the third and fourth phase, we will build it to Satok so that the riverside can be used as an area for cycling and exercising,” he said.

Abang Johari said besides Kuching, Miri was also being transformed along with rural areas such as Asajaya and Sebuyau.

On the UCCN recognition, the chief minister said it meant that the world was recognising Kuching City for its food.

He added this would attract more tourists to explore Sarawak for its local cuisine.

“This is what we have obtained – this recognition. We must take care of our city, make sure it is clean and that we are united and working together for its betterment. We must set an example to the world,” he said.