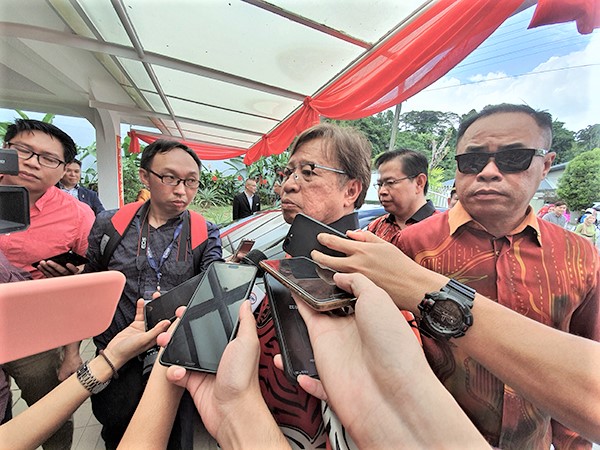 KUCHING: Sarawak will fortify its entry points in the midst of the spread of the Wuhan coronavirus (2019-nCoV). Chief Minister Datuk Patinggi Aban

KUCHING: Sarawak will fortify its entry points in the midst of the spread of the Wuhan coronavirus (2019-nCoV).

“We have been warned nationwide on the spread of the (Wuhan) virus as there is already one suspected (to carry the virus) in Sabah.

“We will be fortifying our entry points through the state health department (JKNS),” he said when met by reporters during his Chinese New Year visit to state legal counsel Datuk Seri JC Fong’s residence.

Abang Johari said that Sarawak is less worried about the spread of the virus to East Malaysia as compared to counterpart Sabah.

“This is as we don’t have a lot of tourists from China as compared to Sabah, but we will take action,” he said.

On whether he had received reports on the Wuhan virus spreading to Sarawak, Abang Johari said that he has yet to receive any.

On Friday, eight people have been isolated and are being monitored by health officers at a hotel in Johor Baru for symptoms related to the virus.

Deputy Health Minister Dr Lee Boon Chye said the eight people, who had entered Malaysia from Singapore, had had contact with the man who was confirmed to have the virus on the island republic.

Saratok Chinese are a special breed

Sarawak to step up vaccine rollout 0