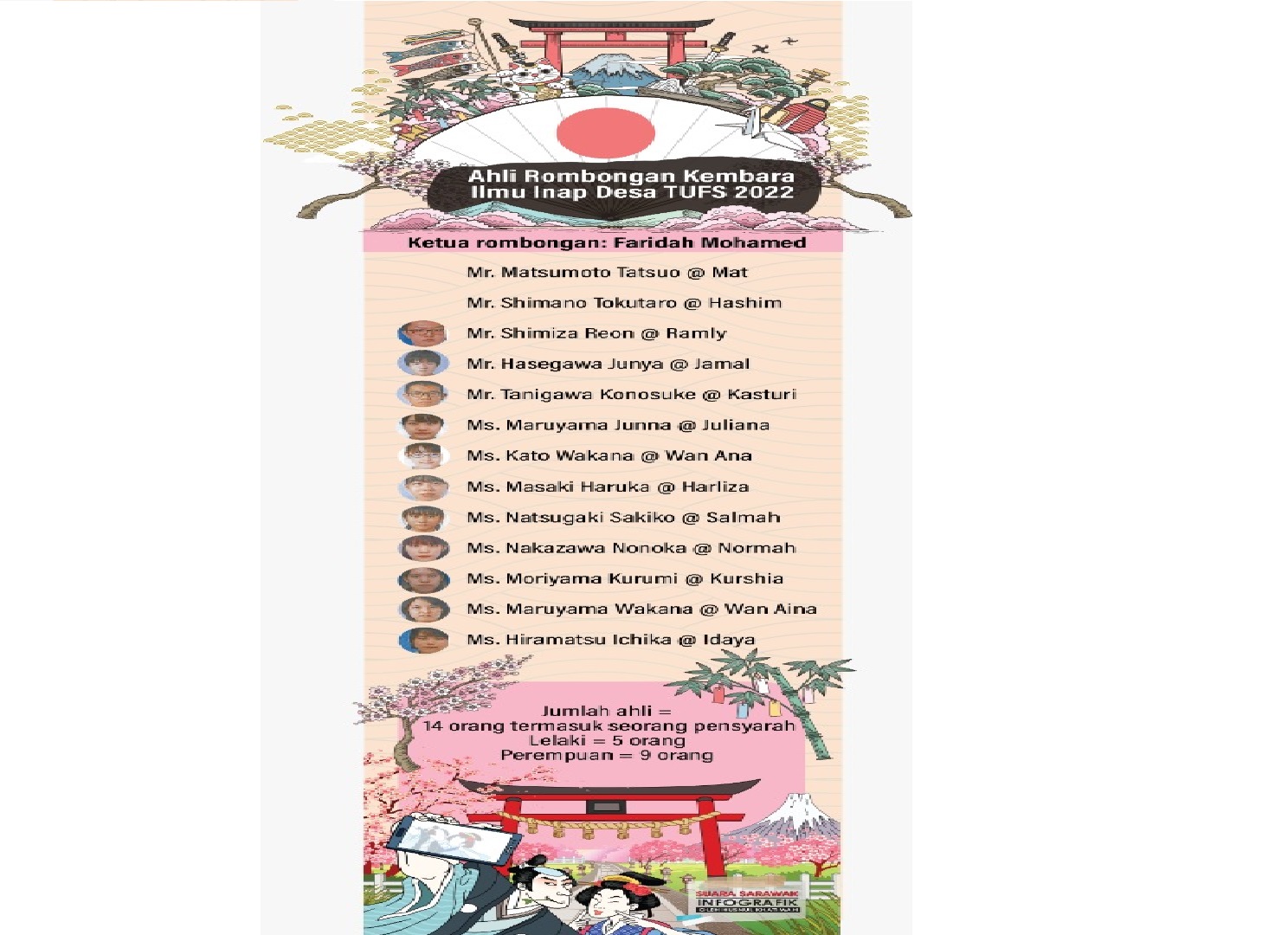 KUCHING: Thirteen Japanese students from Tokyo University of Foreign Studies (TUFS) will be here to get an insight on Malay culture in Sarawak.

Led by their lecturer Faridah Mohamed, the students will be on a five-day ‘Program Kembara Ilmu Inap Desa TUFS 2022’ from Sept 1 to 5.

The students, who can converse well in the Malay language, are currently studying at the TUFS’ Malay Language Centre.

The programme is organised by TUFS in collaboration with Suara Sarawak and New Sarawak Tribune.

Programme coordinator, who is also Suara Sarawak executive editor Rohana Wahed said the programme aimed to provide opportunities for the students to get to know more about the local culture, heritage and history as well as the local delicacies and cuisines in Sarawak.

“Various activities have been lined up for the five-day event which include a visit to the Borneo Cultures Museum (BCM), Kuching Waterfront, the Malay villages in Santubong and Kota Samarahan.

She said the students would also be given the opportunity to witness the Hadrah performance, thus exposing them to the state’s unique art and culture.

“They will also be staying at a Malay homestay in Santubong which would provide them with the opportunity to get to know the way of life of the Malay in the state,” she said.

In addition, Rohana said there would also be a special programme where all the Japanese students would be required to wear Malay traditional attire.

During the special programme, the students would also be showcasing their talent in reciting poems in the Malay language.

On Sept 2, a special session has also been arranged for the students to hold a free “Learn Basic Japanese Language” at SMK Santubong.

The two-hour session, which would start at 2pm, is open to all but limited to 100 persons on a first-come-first-served basis.

According to Rohana, the students’ visit is part of their 17-day programme in Malaysia, and Sarawak has been chosen as the first destination.

Next, they will be visiting Johor, Malacca, Perak, Kuala Lumpur and Putrajaya as well as Singapore.