He said this was possible due to the state’s shift to renewable hydropower from its Batang Ai, Murum and Bakun hydropower plants.

“Sarawak’s current generation capacity is predominantly renewable hydropower. By 2026, once the 1,285MW Baleh hydropower project is completed, we will have additional supply to the grid.

“Due to the advantages of renewable hydropower, our people have been able to enjoy several benefits such as the lowest average unsubsidised tariffs in Malaysia and the region, as well as economic growth and job creation through investments into Sarawak through bulk power purchase agreements for industries.

“Aside from that, our people have also enjoyed greater rural electrification and infrastructure development, accelerated economic transformation through hydro industrialisation and advancing Sarawak’s ambition to generate 15 percent of our renewable energy sector income from foreign or export markets,” he said during a power exchange agreement signing ceremony with the Sabah government which was held virtually today.

The chief minister said the state was also able to cultivate a sustainable energy future for its people and beyond as it could share surplus renewable energy resources with its neighbours through robust infrastructure.

“This supports the regional transition to renewable energy, ensuring energy supply security and sustainability while attracting investments for economic transformation of the Borneo region,” he said.

Abang Johari said with sustainability at the forefront of the state’s development agenda, Sarawak has embarked on the Green Energy Agenda to promote a low carbon economy and transportation.

“This is through the development of cleaner energy alternatives such as hydrogen and solar, spearheaded by Sarawak Energy,” he said.

Sarawak to become ‘battery’ of Asean 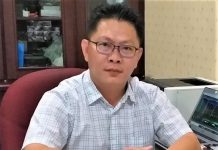 Ease requirements for SMEs to get aid, urges SUPP man