On March 4, 1959, Safri Awang Zaidell, an English-trained teacher who later became Deputy State Secretary, wrote a letter to the Sarawak Tribune entitled, “Democracy, National Unity and a People’s Party”, saying these were the essential ingredients to achieving independence for Sarawak.

Stephen Yong, former federal Minister of Science, Technology and Environment, in his book “A Life Twice Lived” said Safri’s article was the spark that lighted the way towards the formation of the Sarawak United People’s Party (SUPP) on June 16, 1959 – Sarawak’s first political party.

Safri, in his memoir “Yesterday, a Better Tomorrow” wrote: “Now (that) Malaya had her own king (on August 31, 1957) and her own government … the development aroused a great deal of interest among many Sarawakians.

“It gave encouragement and hope to those who dreamed of an independent Sarawak.

“There was no reason why Sarawak couldn’t have her independence as well!”

Another pioneer of independence for multi-cultural Sarawak was pan-Malay nationalist and true “son of Sarawak” Tun Ahmad Zaidi Adruce (later governor of Sarawak).

Safri wrote: “He (Zaidi) was concerned not just with the weak position of the Malays but also that of the native people — the Ibans, Bidayuhs, Kayans, Kenyahs and Kelabits.

“To him, they were one people of Malay stock, a sentiment that was shared by many in the Malay world.”

Three more parties emerged within the next two years.

With the formation of the Sarawak Alliance in 1962, the wheels of independence were put in motion.

Once consolidated, the leaders of the pro-Malaysia movement led by Ningkan paved the way for change.

The big day came on July 3, 1963 when the leaders of Sarawak’s first political prepared to go to London to signed the Malaysia Agreement.

The Malaysia Agreement was signed on July 9.

On their return to Kuching on July 12, Ling suggested that the pro-Malaysia Council Negri members meet at his house in Sibu to decide on a six-member “shadow cabinet” before the official formation of the federation.

On the night of July 21, Jugah chaired a two-day meeting at Ling’s residence now called “Rumah Sarawak” where a secret ballot elected Ningkan as the state’s first chief minister.

On the morning of July 22 1963, the six inaugural members of the Sarawak Alliance coalition were sworn in as the state’s first cabinet before governor-elect Jugah.

On July 26, the Sarawak Supreme Council met for the first time under the last British Governor Sir Alexander Waddell to decide on his successor.

But Malayan Prime Minister Tunku Abdul Rahman claimed that this was not appropriate because “it contravened an unwritten agreement that the first governor should be a Malay if the chief minister was a Dayak”.

On September 13, three days before the official declaration of Malaysia Day, the Tunku, Ningkan, Jugah and British colonial secretary Duncan Sandys issued a joint-statement agreeing to the appointment of Tun Openg as governor.

A special portfolio was created for Jugah who became Minister for Sarawak Affairs.

For 57 days, Ningkan and his cabinet held the reins of the new Sarawak government and on the morning of September 15, Governor Sir Alexander Waddell left the Astana to cross the Sarawak River to Pangkalan Batu to say goodbye.

He welcomed his successor, praised the communities and bade farewell to Sarawak.

As the British flag was lowered the, the new Sarawak flag was proudly hoisted, heralding the beginning of a newly independent Sarawak. 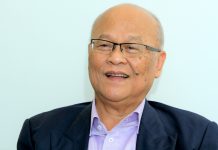 Remember sacrifices of past leaders, heroes