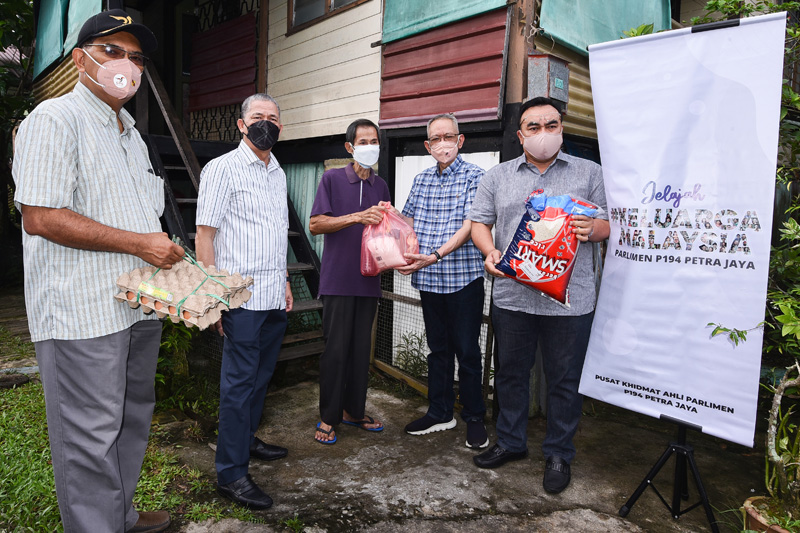 Illustrating, Senior Works Minister Datuk Seri Fadillah Yusof pointed out that Soh Eh Nee, 68, a resident in Satok was Chinese, but when he spoke Malay, it sounded as though he were Malay.

“This is what Keluarga Malaysia looks like in Sarawak,” he said when presenting food aid and financial assistance to Chinese families in the Satok constituency under the Jelajah Keluarga Malaysia programme here on Sunday (Nov 14).

He said this was a weekly programme to assist families in need in various areas, adding that this particular session in Satok on Sunday involved two recipients, namely Soh and Lim Kiat Tse, 72.

“We previously presented contributions to families in Tupong and Samariang. We aim to help those who need it, such as the B40 and M40 groups.

“Each week when there is an opportunity to return here, we would visit the people, especially those families which need assistance,” said the Petra Jaya MP.

Fadillah explained that there were various forms of assistance for the people, not only from the federal government but also from the state government, which had numerous programmes such as house repairs, financial assistance, welfare, and so on.

Soh, meanwhile, said he was very happy to receive assistance and support from the government.

“It is not just today; previously there was also assistance provided. For example, during the Covid-19 pandemic, the government provided financial assistance and food baskets. Besides that, they also helped to repair my house,” he said.

He also said that living in Sarawak was peaceful and harmonious.

“All races get along with each well – all of us here in this neighbourhood are friendly with each other,” he said.

Aside from the food aid and financial assistance provided during this programme, both Lim and Soh also previously received support from the government in the form of house repairs.