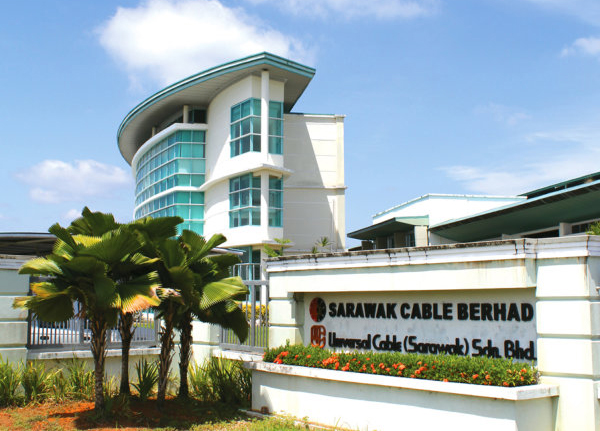 The focus is part of the group’s turnaround strategy besides concentrating on its core business of cables manufacturing to improve its future financial performance, said company group managing director Dato Ahmad Redza Abdullah.

He said SCB had recently entered into a memorandum of agreement (MOA) with Hercules Engineering (Sea) Sdn Bhd for cooperating and joint venturing with each other to revitalise its wholly-owned subsidiary — Sarawaja Timur Sdn Bhd (ST), and to develop synergy between the group and Hercules group.

“The proposed transaction contemplated in the MOA is subject to the execution of definitive agreements to be entered into between the parties. Should (the) parties proceed with the transaction, this is expected to be beneficial to our group’s performance moving forward.” he added in a circular to shareholders.

The company also proposes the establishment and implementation of an employees’ share option scheme (ESOS).

SCB board of directors recommends shareholders to vote in favour of the resolutions pertaining to the two proposals at the forthcoming extraordinary general meeting (EGM) on July 8.

He said the proposed issuance of RCD and RCD-i is expected to enable the group to preserve its cash position and improve its group’s liquidity and financial position moving forward.

“The preserved cash could also be utilised by our group to fund on-going operations and future expansion, if required, and in turn generating value for our shareholders. However, shareholders will experience dilution of shareholding percentages as and when the RCD and RCD-i are converted into new SCB shares.

“The RCD and RCD-i upon conversion is also expected to improve the gearing our group and hence, potentially providing additional headroom to our group,” he added.

To recall, the affected companies under SCB group had in late 2020 entered into restructuring agreements with their respective lenders — AmBank, BMMB and Hong Leong Islamic Bank Bhd (HLISB) — to restructure debts of totalling about RM124.59 million owing to the financiers.

The aggregate amount of RM73.07 million due and owing to HLISB will be restructured into term financing-i facilities in accordance with the restructuring agreements and the asset sharing agreement.

In conjunction with the debt restructuring, SCB is also undertaking the disposal of its 100 per cent equity interest in PT Inpola Mitra Elektrindo (which owns a mini hydro power plant in Indonesia) to KAB Energy Holdings Sdn Bhd.

Ahmad Redza said the proceeds from the disposal will be utilised to settle partial of the outstanding debt to the financiers pursuant to the assets sharing agreement.

He said while the proposal disposal and issuance of RCD and RCD-i may not fully address the group’s long-term cash flow requirements, the exercises are essential for the group to repay the outstanding debts to the financiers and addressing the going concern of the company and group.

SCB’s independent auditor Ernst & Young PLT has issued an opinion on material uncertainty related to going concern of the SCB group, in which the reasons among others include:

(2) the company’s and group’s current liabilities exceeding current assets by RM327.4 million and RM193.8 million respectively as at Dec 31,2020,and

(3) the debt restructuring, in which when the opinion was issued, the group was still in negotiation stage with the financiers on addressing the outstanding debt to financiers.

“For the past 3 FYEs and the latest 15-month EPE 31 March 2022, our group has been facing continuous losses which strained our cash flow and ability to repay the financiers,” said Ahmad Redza.

On Dec 30, 2021, SCB announced that it had triggered the prescribed criteria pursuant to Paragraph 8.04 and 2.1(e) of PN17 where the shareholders’ equity of the company on a consolidated basis is 50 per cent or less of its share capital (excluding treasury shares) based on its unaudited financial results for the quarter ended Nov 30, 2021.

However, in view of the PN17 Relief Measures granted by Bursa Securities, SCB will not be classified as a PN17 listed issuer and will not be required to comply with the obligations under Paragraph 8.04 of PN17 for a period of 18 months from the date of the PN17 relief announcement.

According to Ahmad Redza, if successfully implemented, the proposed issuance of RCD and RCD-i, debt restructuring and proposed disposal that the company is/will be undertaking, are expected to address the group’s material uncertainty related to going concern and the PN17 status.

“Nevertheless, upon the expiry of the 18 months from the PN17 relief announcement, we will need to reassess our condition and announce whether we continue to trigger any of the criteria of PN17,” he added.

On SCB’s fund raising exercise, Ahmad Redza said the company has raised about RM30.22 million from the issuance of 81,935,000 new SCB shares out of the proposed 95,115,000 shares (30 per cent of the company’s total issued shares) under a private placement.

For the balance of the proposed private placement, Bursa Securities has granted the company up to Sept 22, 2022 to implement the fund raising exercise.

From the proceeds, SCB has already used up about RM28.89 million for the group’s working capital requirement and RM1.326 million for the expenses incurred for the private placement.