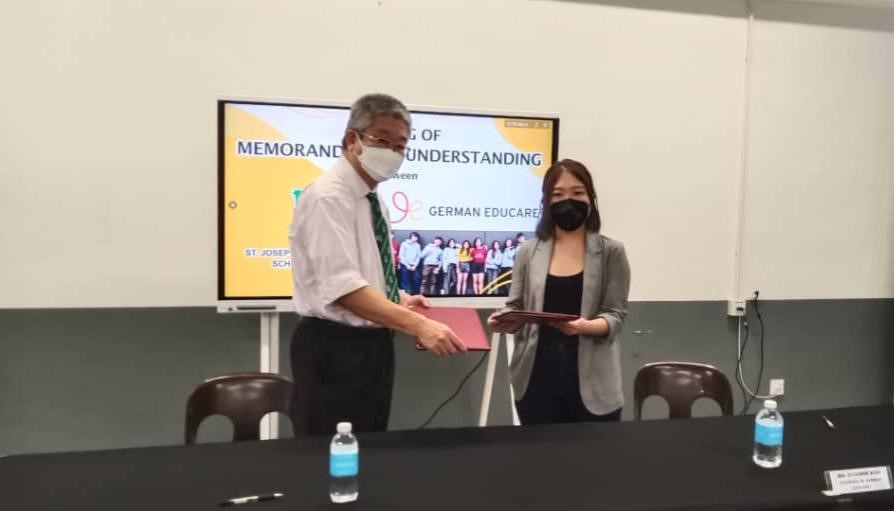 This follows the signing of a memorandum of understanding (MoU) between the school and Eduroam Sdn Bhd (German Educare) last Saturday at SJIS Kuching.

“We will start this programme with this year’s A-Level intake. The next batch of intake will be this coming April, after the SPM examination.

“This MoU is also a programme where German Educare will work exclusively with SJIS in providing their German Language programme in Sarawak,” he said.

He encouraged students to join the programme as it broadens their education and career options, as well as able to learn a foreign language which is important.

Chua stated that the MoU would differentiate SJIS from other international and private schools in Sarawak or even in Malaysia.

By the end of the 15 to 18-month A-Level programme, students should have a B1 level proficiency in the German language, and continue for another nine months of the programme with German Educare at their premises in Kuala Lumpur.

After completing their C2 level German language proficiency, they then will be eligible to apply for entry to German universities.