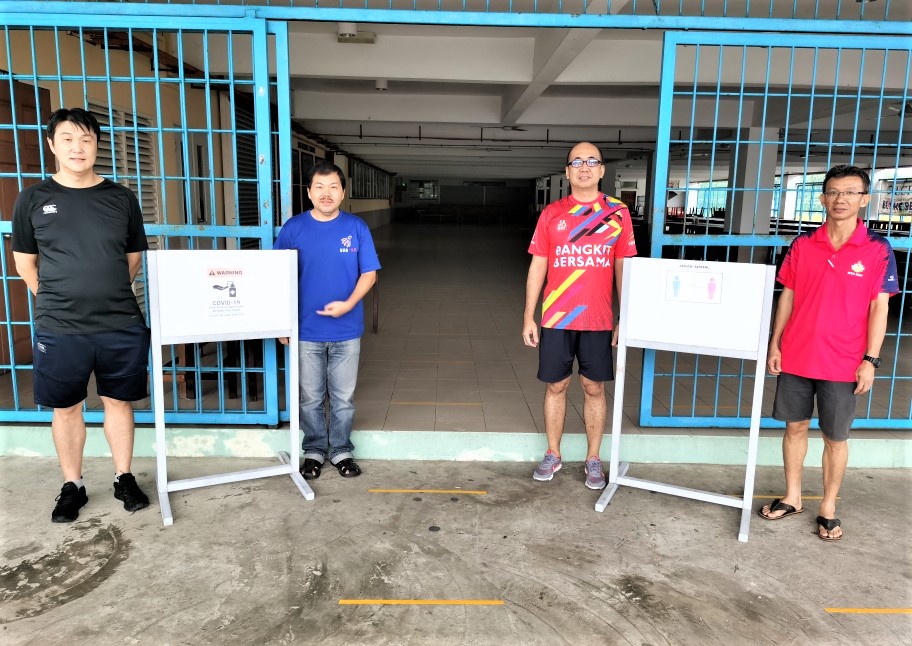 Schools to re-open in stages

SIBU: Schools will be reopened in stages during the recovery movement control order (RMCO) on the advice of the Education Ministry. RMCO is from June 10 to August 31, as announced by Prime Minister Tan Sri Muhyiddin Yassin on Sunday.

However, even before the announcement by the prime minister, most schools here have already got themselves ready for reopening by getting their facility comply with the standard operating procedures (SOPs) set by the Education Ministry.

Sekolah Menengah Kebangsaan (SMK) Sacred Heart is one of the schools which is ready for its reopening under the new norm.

Principal David Teo said, “We have started doing the necessary preparation on May 27 which involve our senior assistants, teachers and supporting staff.

“Their work is almost complete except with few more touches here and there,” he said.

Teo said as his school has a large student population of 1,300 heads, their preparation work was heavier and took longer time.

“Let’s assume that school will reopen in early July. By then we will be fully ready. What we have yet to do now is to ensure social distancing in classrooms. We will be doing it soon,” he said.

His school facilities are now SOP compliant as a result of the hard work by his team.

‘We have two entrances ready, one near the school gate and the other at the canteen where the taking of body temperature and the provision of hand sanitisers are there for students, staff and visitors,” he said.

No students can get to their classroom without going through all these SOPs.

He said in the canteen for example, social distancing will be strictly observed.

Masking tapes have been put in place on the floor with one metre spacing in between them.

“Students and teachers buying canteen food will have to stand one metre apart, according to the masking tape. The tables will also have masking tapes to direct where students should sit,” he added.

The school has three thermometers but owing to its large student population, it is planning to get more units.

Meanwhile, SMK St Elizabeth has also geared itself for the reopening.

Principal Clement Chieng said priority however, is given to implementing safety measures.

“Social distancing measures will be implemented. All students will have to sit one metre apart. We will also make sure that all students wear face masks. Besides that, they will be scanned for fever before they are allowed to enter their classroom,” he said.

The school would also be disinfecting the classrooms so as to make sure they are safe for all students.