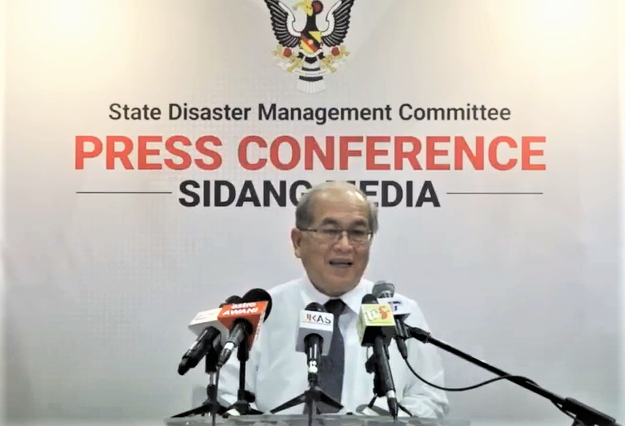 KUCHING: The Sarawak Disaster Management Committee (SDMC) will decide how churches and other non-Muslim places of worship in the state will reopen after the end of the conditional movement control order (CMCO) on June 9.

Deputy Chief Minister Datuk Amar Douglas Uggah Embas said that the committee would also decide on the standard operating procedure (SOP) which needs to be followed by these places of worship.

“We will decide not only for the churches, but temples and others too,” he said at the SDMC Covid-19 daily update press conference today.

He was responding to a question on why only three churches in the state were allowed to reopen beginning June 10 by the National Unity Ministry.

The three churches were among 174 non-Muslim houses of worship in Covid-19 green zones nationwide permitted to reopen from June 10.

“I had a discussion with Works Minister Datuk Seri Fadillah Yusof. There is an understanding between the state and federal governments that SDMC is given the responsibility to decide which activities can be reopened as we move towards the end of the CMCO,” he said.

He said that the committee had directed a task force to work out what other activities would be allowed to resume, noting that quite a number had been allowed to reopen already.

“The understanding will be maintained and we will come up with the right SOP,” said Uggah, who is also SDMC chairman.

On Thursday (May 28), a statement by the National Unity Ministry had identified three non-Muslim places of worship in Sarawak which would be allowed to reopen starting June 10, with all three being churches in Bintulu – Hope Bintulu, International Full Gospel Fellowship (IFGF) Bintulu, and IFGF Sungai Plan.