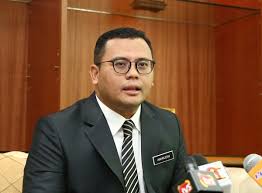 SHAH ALAM: The Selangor government is monitoring the Influenza A outbreak in the state and will close affected schools if the situation reaches a critical level.

Menteri Besar Datuk Seri Amirudin Shari said for the moment, there was an outbreak in Cyberjaya where the situation was under control.

“However, if the numbers increase and the infection spreads rapidly, we will take immediate action” and this includes closing affected schools, he told reporters after launching a completed project to upgrade Persiaran Mokhtar Dahari here today.

Yesterday, the state Health Department announced that Influenza A cases had been detected in two locations, comprising Sekolah Kebangsaan Cyberjaya involving 20 students and a teacher, and in Klang where two siblings have been infected.

No schools in the state have been closed so far.

On the completed upgrading works on a four kilometre stretch connecting Persiaran Mokhtar Dahari (B49) with the Damansara-Shah Alam Elevated Expressway (DASH), he said the RM111.5 million projects will benefit residents in the Puncak Perdana area by reducing traffic congestion experienced over the past few years, by as much as 40 per cent.

Asked about the status of a bungalow located by a hillside on Jalan Kelab Ukay 2, Taman Kelab Ukay in Ampang, which was at risk due to soil erosion which occurred in the area late last year, Amirudin said the residence had been declared no longer safe for occupancy.

He said the owner of the residence had agreed to tear down the house and would be undertaking rehabilitation works to the land over a  three to six-month period possibly, while the occupants of two other affected residences in the area had also moved out.

So far, Amirudin said, only three homes in the area had been affected by the soil erosion, with the Minerals and Geoscience Department “tracing a huge movement of water underneath the land concerned and declaring that it was not safe for occupancy”. ― BERNAMA