According to a report by the Sarawak Public Communications Unit (Ukas), the allocation was personally distributed by the Assistant Minister under the Chief Minister’s Department (Corporate Affairs and Ukas) during his working visit to the Meradong district office on Friday.

Several village and longhouse chiefs also took the opportunity to raise some issues faced in their respective areas which required attention and action, Abdullah pointed out.

Also presented were special T-shirts for all volunteers helping to distribute food aid under the Sarawakku Sayang Special Assistance (BKSS) package for the Semop area.

Get vaccinated for your protection, Penans told 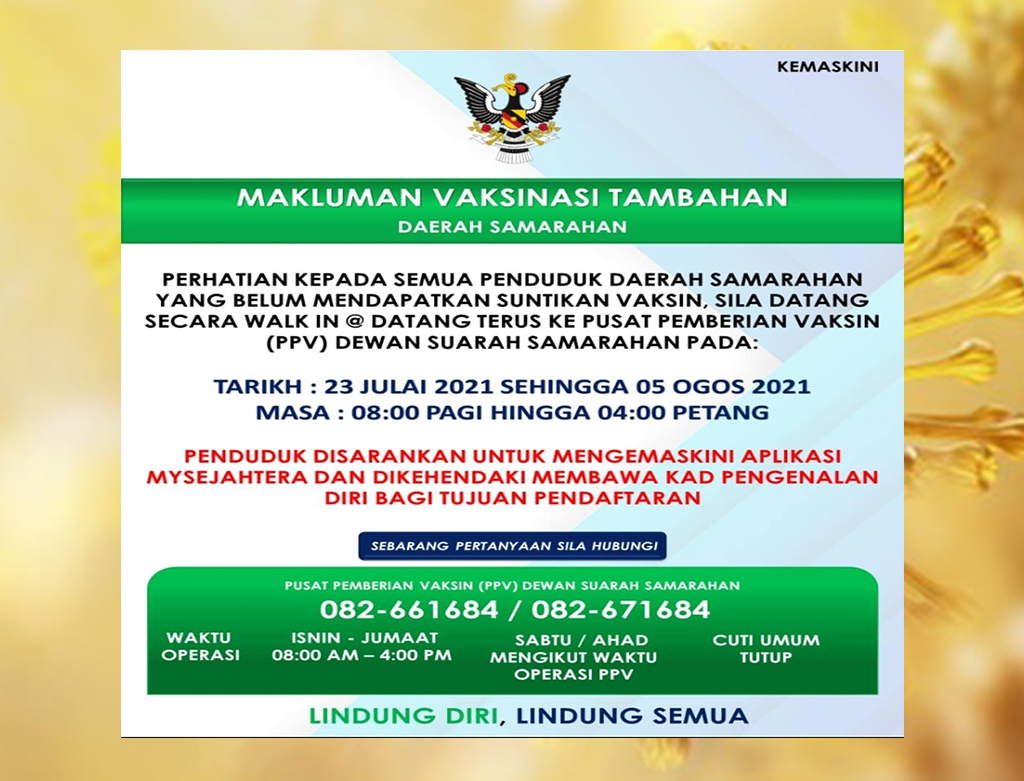