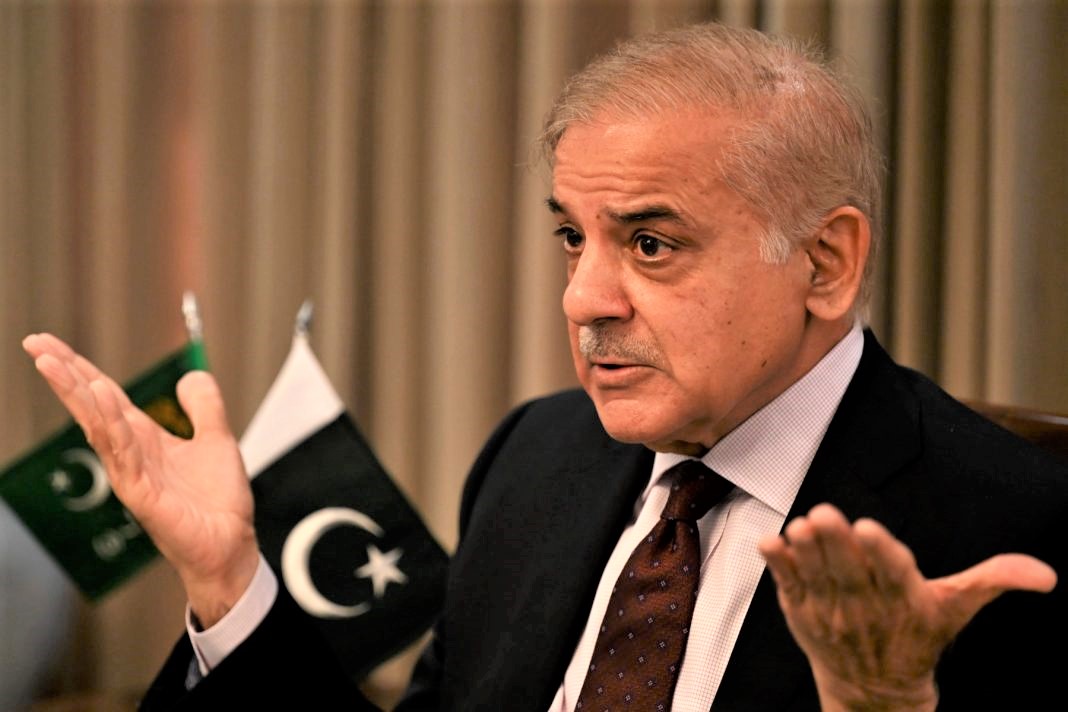 ISLAMABAD, Pakistan: Pakistan lawmakers on Monday elected Shehbaz Sharif as the country’s new prime minister following the weekend ouster of Imran Khan, who resigned his national assembly seat — along with most of his party members — ahead of the vote.

Khan was dismissed Sunday after losing a no-confidence vote, paving the way for an unlikely alliance that faces the same issues which bedevilled the cricket star-turned-politician — a weak economy, rising militancy, and soured relations with the West.

Sharif immediately announced a raft of populist measures, including a new minimum wage of 25,000 rupees (around $135), pay rises for civil servants, and development projects in rural areas.

He also said he wanted better relations with neighbour India, but a solution needed to be found for Kashmir — the contested Himalayan territory at the heart of decades of their conflict.

For his part, Indian Prime Minister Narendra Modi congratulated Sharif on his election, and called for “peace and stability in a region free of terror”.

Sharif, leader of the centrist Pakistan Muslim League-N (PML-N), was the only candidate for premier after Khan loyalist Shah Mahmood Qureshi, the former foreign minister, withdrew and resigned his seat.

“It’s a victory of righteousness, and evil has been defeated,” Sharif said in his maiden speech as premier, suggesting no end to what has been a bitter political battle.

His first task will be to form a cabinet that will also draw heavily from the centre-left Pakistan Peoples Party (PPP), as well as find space for the smaller conservative Jamiat-ulema-e-Islam-F (JUI-F) group.

The PPP and PML-N are dynastic parties that have dominated Pakistani politics for decades — usually as bitter rivals — and their relations are sure to fray in the lead-up to the next election, which must be held by October 2023.

“History knows there is no ideological convergence among them,” Qureshi said before storming out.

The coalition must tackle soaring inflation, a feeble rupee and crippling debt, while militancy is also on the rise — with Pakistan’s Taliban emboldened by the return to power last year of the hard-line Islamist group in neighbouring Afghanistan.

“The situation is very bad, but I am sure that we will change it with the blessing of Allah and with hard work,” said Sharif.

The new premier may also rethink Pakistan’s global alignment, which drifted away from Washington under Khan and closer to Russia and China — a vital economic partner.

“On the foreign policy front we have to face a lot of debacles. Our strategic partners left us,” he said.

Pakistan’s stock exchange gained over three percent Monday on the hope of more stability, while the rupee also strengthened.

Sharif is the younger brother of disgraced three-time prime minister Nawaz Sharif, and Pakistan media are already speculating the latter may soon return from exile in Britain.

The elder Sharif was dismissed in 2017 and later jailed for 10 years by an accountability court on graft charges after revelations from the Panama Papers, but was released to seek medical treatment abroad.

The younger Sharif is also mired in graft proceedings. In 2019, the National Accountability Bureau seized nearly two dozen properties belonging to him and his son Hamza, accusing them of money laundering.

He was arrested and detained in September 2020, but released six months later on bail for a trial which is still pending.

Khan tried everything to stay in power after losing his majority in parliament — including dissolving the assembly and calling a fresh election.

But the Supreme Court deemed all his actions illegal and ordered them to reconvene and vote.

Khan insists he has been the victim of a “regime change” conspiracy involving Washington and his opponents, and has vowed to take his fight to the streets in the hope of forcing an early election.

“If an iota of evidence is provided against us, I will immediately resign,” he told parliament.

The mass PTI resignations signal that Khan intends to make good a threat to disrupt the new administration and take his fight to the streets, and he called again for mass protests across the country.

“Whether his agitation ability has grown or shrunk in last few weeks remains to be seen,” said analyst Mosharaf Zaidi. – AFP