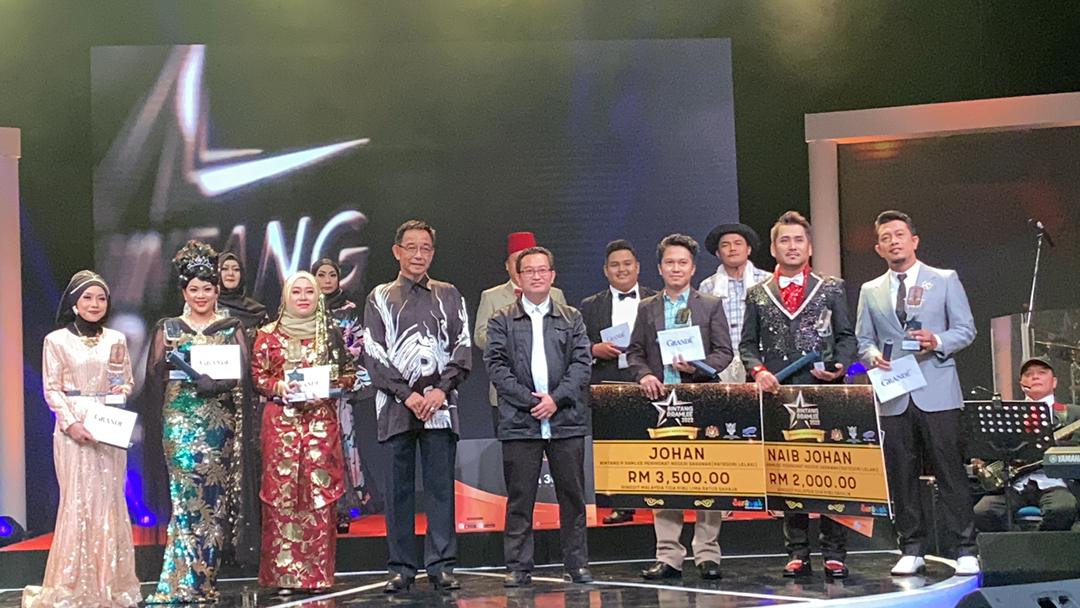 KUCHING: Two contestants who hail from Sibu will be representing Sarawak in the Bintang P. Ramlee 2022 this Oct.

Mohd Firdaus Abu Bakar and Siti Azliyani Jasini were crowned champions in the Bintang P. Ramlee and Era P. Ramlee respectively after competing against six others in their own category during the finals.

Their performance in singing ‘Senyap dan Sunyi’ and ‘Sang Rajuna Hati’ had captivated the judges’ hearts.

Their cash prizes along with certificates and trophies were handed over by Tourism, Creative Industry, and Performing Arts (MTCP) Minister Datuk Seri Abdul Karim Rahman Hamzah during the finals at P. Ramlee Auditorium, RTM Kuching on Saturday (Aug 27).