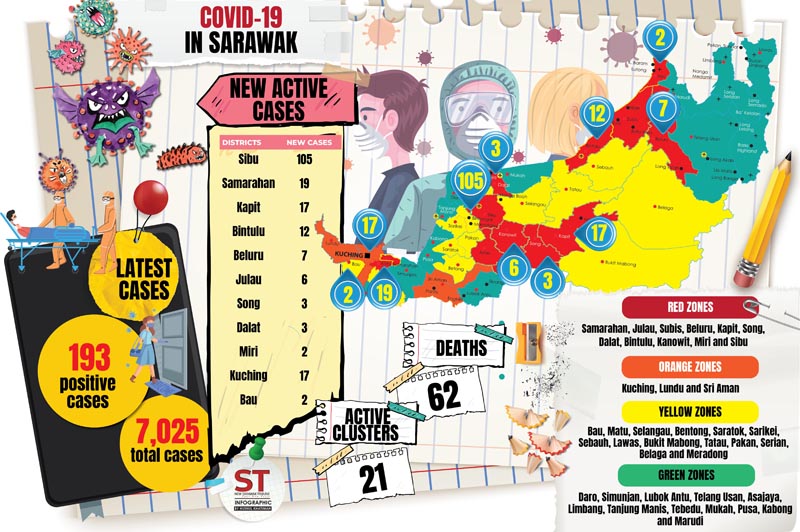 KUCHING: One new death as a result of Covid-19 infection was recorded in Sibu today, bringing the state death toll to 62.

The State Disaster Management Committee (SDMC) in a statement today, said the deceased was an 83-year-old local woman who was admitted to Sibu Hospital after having fever and breathing difficulty.

“The case tested positive through rT-PCR screening on Jan 25. The health of the case was found to be deteriorating and she was pronounced dead on Feb 15.

“The case had comorbidities such as high blood pressure and diabetes, and was a case from the Pasai Cluster,” said SDMC while extending its condolences to the family members of the victim.

Meanwhile, the committee said 193 positive Covid-19 cases were also detected in the state on the same day, with the cumulative total number of cases statewide at 7,025.

It added that there were also 139 new cases that recovered and allowed to be discharged from hospitals throughout the state.